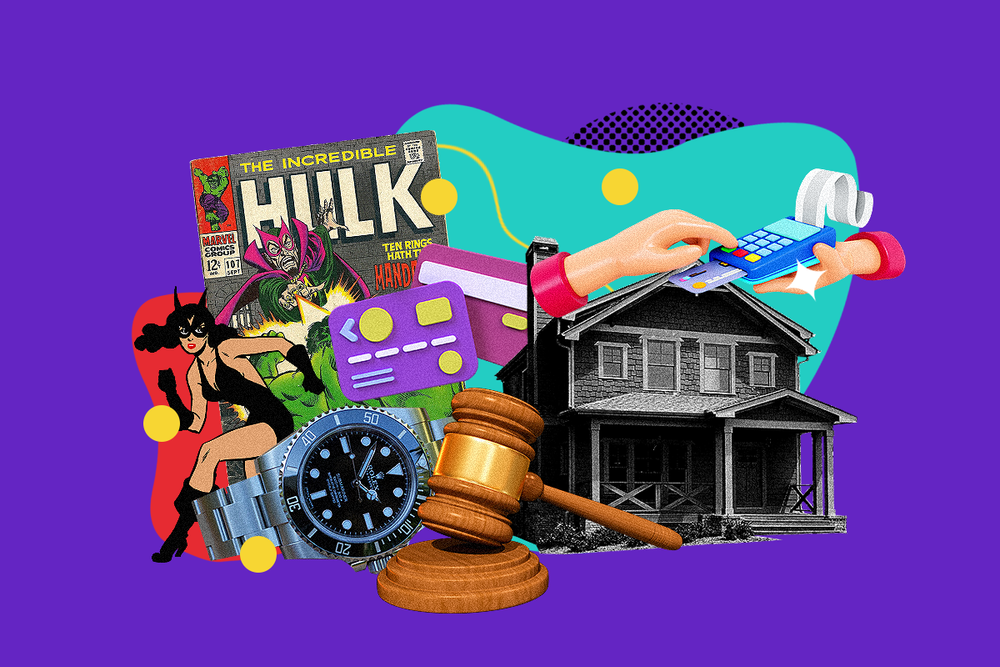 Looking to protect your portfolio with diversification? Here are five alternative assets that hold their value when the Fed raises rates.

According to a survey from Cerulli Associates, 70% of advisors are investing in alternative assets to reduce their client's exposure to the volatile stock market. Another study from the Bank of America Private Bank found that 80% of high-net-worth investors under 45 are turning to alternative investments, with younger investors allocating three times more to alternative assets than other generations.

In other words, investors are buying alternative assets that can help hedge against inflation and generate income. And because they're not correlated to the stock market, many alts can help your portfolio buffer against a bear market.

Keep your investments sheltered against the coming winter by diversifying your portfolio. Here are five alternative assets that are uncorrelated with the stock market.

If you're fixated on which stocks to invest in next, you might've missed that some of the best ones aren't even public. When it comes to finding profitable companies to invest in, your next big opportunity may not be found in the S&P or any publicly traded index for that matter.

Cambridge Associates reported that their U.S. private equity index returned a 14.79% average annualized internal rate of return over the past 20 years. That means average returns on pre-IPO investments dwarf the S&P 500's average returns of 7.04% over the same period after you adjust for inflation—by more than double.

Not convinced? Let's look at an example: Airbnb, a home-sharing platform that successfully disrupted the hotel industry over the past decade. Airbnb's initial public offering opened up at $146 in December 2020, and if bought it and sold it two months later, you would've made a 50% return. Not bad, eh?

Well, that's the most you could've made if you invested in Airbnb after it went public. The stock hasn't traded above its pre-IPO level since May 2022, and if you held onto it since, you would be at a 30% loss on your investment. But this wouldn't have mattered if you bought equity in Airbnb before it went public.

Dizraptor is a platform that offers equity in middle- and early-stage pre-IPO tech companies to accredited investors, and they bought Airbnb stock at a price of $63.3 per share in September 2017. By the time the lockup period ended in June 2021, the post-IPO share price reached over $150, resulting in a 105% return for investors. And if you had held onto their pre-IPO shares until November, you could've pocketed a 311% return.

If you're an accredited investor, consider Dizraptor as your way to invest in top tech firms before they go public.

McDonald's trademark golden arches are recognized worldwide, but the franchise isn’t known for just burgers and fries. The McDonald’s Corporation is as much a real estate business as it is a fast-food chain.

Early on, McDonald’s realized that commercial real estate is one of the best passive income investments. McDonald’s owns the land the franchises are built on, so while the company gets a cut of food sales, the bulk of its profits comes from rental income paid by their over 35,000 franchise owners.

Investing in commercial real estate can be time-consuming and requires high overhead. REITS are an easy way to invest indirectly in real estate, and with a privately traded commercial REIT like Elevate Money, you gain exposure to income-producing real estate that offers competitive returns through dividends plus value appreciation.

Elevate Money offers an easy and low-cost way to invest in real estate for as little as $100.  You don’t need to be an accredited investor to buy shares of Elevate’s REIT, which pays you monthly dividends from properties across the U.S. The best part is that Elevate Money isn't a marketplace or a middleman since all assets are under in-house management, so you know your investment is in good hands.

Earn a monthly 6.5% dividend by investing with Elevate Money. 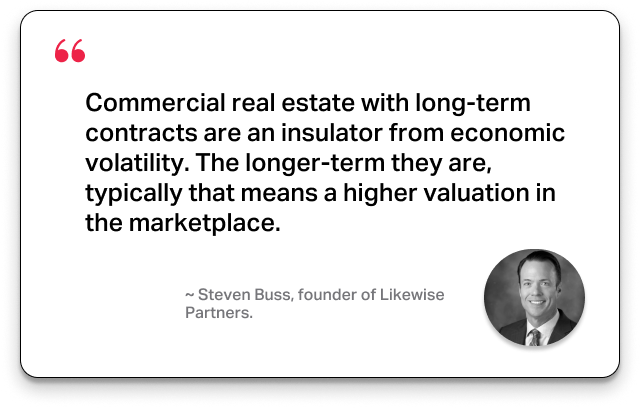 3. Protect your wealth by investing in collectibles

Michael Jordan may be best known for basketball sneakers, but the Chicago Bulls legend has an impressive watch collection with some timepieces—like the Rolex Daytona—worth as much as $75,000.

Collectibles like luxury watches, comic books, and sports cards have become viable investments in recent years. According to the Timepeaks luxury watch index, watches have returned 19.3% since 2020 compared to the S&P 500's 17.8% return.

Luxury watches can have wildly expensive price tags ranging up to six-figures. And if you want a watch as an investment rather than an accessory, figuring out storage and finding a buyer can be challenging. That’s why investing apps like Rally make building a luxury watch portfolio easier for the average investor.

Rally lets you invest in shares of top collectibles like, an A-Series AP Royal Oak that made up to 46.6% returns for investors. Rally is changing how the average investor diversifies their portfolio with watches, comic books, cars, and more.

Rally sources the collectibles, turns them into qualified securities, and offers shares of them on their app. Investors can participate in initial offerings by buying shares at a fixed price and expanding their alternative asset portfolio.

You can buy and sell shares of collectibles with no commissions or hidden fees on Rally's secondary trading marketplace. That means you get to enjoy superior liquidity with your collectibles investments.

Invest in fractional shares and gain exposure to collectibles with Rally.

4. Diversify your portfolio with blue-chip art

For centuries, fine art was ruled by the rich and famous, like late Microsoft co-founder Paul Allen whose art collection is expected to fetch a record-breaking $1 billion. That includes masterpieces of Georges Seurat, Vincent van Gogh, Georgia O’Keeffe, and other iconic artists.

Fine art isn't correlated to the stock market and outperforms inflation. Since 1995, contemporary art has averaged an annual return of 13.5%, while the S&P 500 returned 10.2% on average during the same period.

Paintings by famous contemporary artists can go for millions, like Andy Warhol’s Shot Sage Blue Marilyn which set a record after selling for nearly $200 million in May 2022 and Willem de Kooning’s Interchange which sold for $300 million in 2015—nearly 6,800 times the original 1955 inflation-adjusted sale price of about $44,300 ($4,000 before inflation).

These prices make it seem like fine art isn't realistic for retail investors, but nowanyone can gain exposure to the $1.7 trillion art market with Masterworks.

Masterworks is an investing platform specializing in famous artworks of Banksy, Basquiat, Picasso, Keith Haring, and more. They purchase and securitize artwork to let buy shares in masterpieces by artists that historically yielded 9% to 15% annual returns.

Since 2018, Masterworks has generated 29.03% average net realized returns from its past six exits. That includes Banksy's 'Mona Lisa' which sold for $1.5 million after they purchased it for just over $1 million.

The IPO market on Wall Street seems to be slowing, and companies are looking to tap into private credit loans from firms rather than big banks.

Lending to private companies is a big business with $1.25 trillion in assets, and is a potential hedge against the Fed raising interest rates. In recent years, private credit has outperformed bonds and other traditional safe-haven assets. 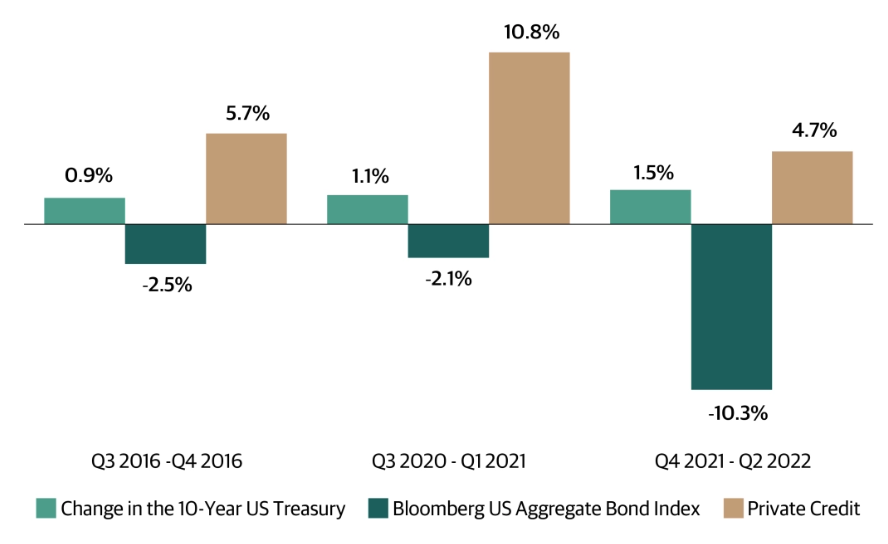 One of the risks of private credit investing is that you stand to lose your investment if the debtor doesn’t pay you back. That's why investors that are interested in the private credit market are turning to Yieldstreet.

Yieldstreet enables you to earn quarterly dividends on income-generating assets like private credit, aircraft leasing, and real estate with a minimum investment of $2,500. With net annualized returns of 9.61%, Yieldstreet has paid out $1.8 billion to investors in principal and returns. 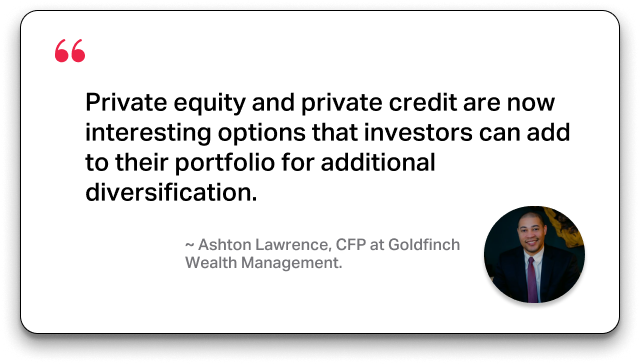 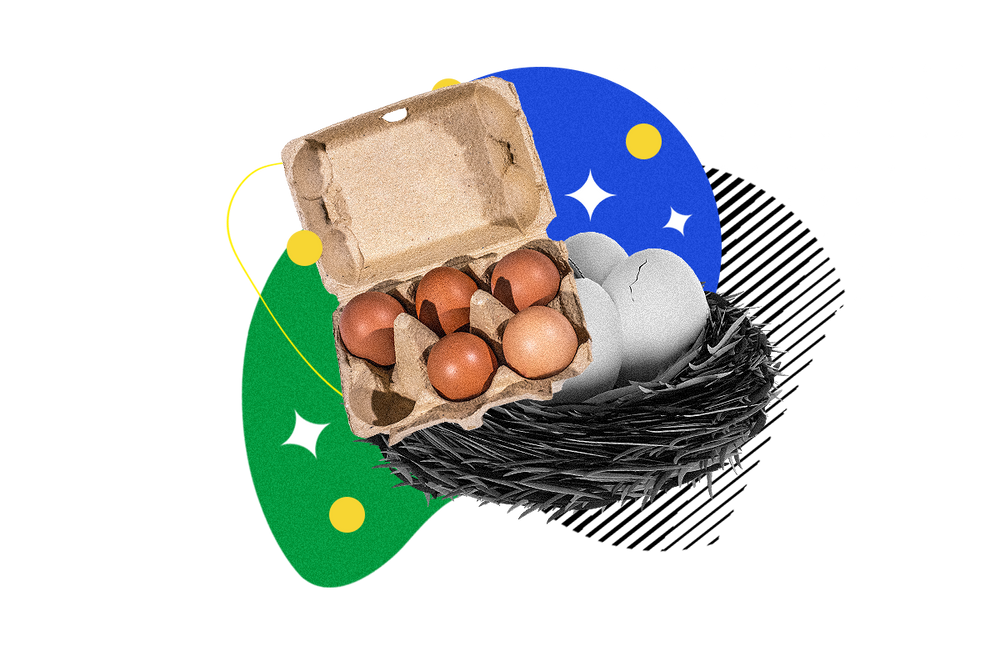 Is your portfolio diversified?