Russia invades Ukraine and stocks rally anyway, crypto holders donate millions to Ukraine, wheat blows past gold and oil, and VCs are fending off cyberwar with their pocketbooks. Check out the highlights below and click through to the full report to get all the details.

Since early 2021, there have been Russian military build-ups around Ukraine's borders. And while Russia has repeatedly denied that they were planning an invasion, our worst fears came true this past Thursday.

On February 24, 2022, Russia announced a “special military operation” and proceeded to launch missiles and airstrikes into Ukraine as soldiers and tanks also entered the country.

Our hearts go out to the brave people of Ukraine, who have been putting up a hell of a fight against Russian forces. Ukrainian President Volodymyr Zelensky is particularly praiseworthy for putting his life at risk to stay and defend his country. We here at MoneyMade salute you.

As does most of the international community. As a result of this invasion, the European Union, United States, Canada, Japan and several other countries have implemented economic sanctions to cripple the Russian economy. Some of these include:

Corporations have also taken their own steps to boycott Russia, like:

In the wake of these economic blows, the Russian ruble plummeted by over 26% against the dollar. To combat this rapid depreciation, the Russian central bank doubled the country’s key interest rate from 9.5% to 20%.

So, how is the rest of the market faring amid this crisis? Check out the details and get updates on more of your favorite asset classes below.

After trending down for weeks, the stock market somewhat surprisingly rallied following the Russian invasion. Defense and cybersecurity stocks, like Raytheon (RTX) and Crowdstrike (CRWD) have surged.

The same cannot be said for Russian stocks, with indexes like the VanEck (RSX) and MOEX Russia Index (IMOEX.ME) dropping up to 57% leading up to and following the attack.

Bonds have been losing steam after an impressive run up last week. The 10-year U.S. Treasury yield traded as low as 1.81% on Monday, while the 30-year Treasury bond dipped to 2.15%.

The housing market has been experiencing a war of its own lately: bidding wars. According to a report by Redfin, seventy percent of home offers written by the company’s agents in January received at least one competing bid. This figure is up 9% from last year, and also the highest rate the company has seen since April 2020.

You can blame it on a shortage of homes for sale and rising mortgage rates. The latter is making homebuyers more competitive as they look to lock in their rates before it becomes too expensive. At the same time, rising interest rates have caused mortgage applications to drop to their lowest level since December 2019, according to the Mortgage Bankers Association.

Following Russia’s invasion of Ukraine, the total cryptocurrency market cap fell 13.61% from $1.75 trillion to $1.51 trillion. But in the days since, crypto has rallied 24.32% to $1.88 trillion — with Bitcoin (BTC) jumping as high as $44,259. Altcoins followed, with Terra (LUNA) going on an absolute tear from $54 to $95.38. The fact that cryptocurrencies have not continued to sell off during such extreme macroeconomic conditions is a very bullish sign for the future.

Crypto technology may be neutral, but the crypto community itself is resoundingly anti-war. Ethereum founder Vitalik Buterin, who is himself Russian, even tweeted that the invasion "is a crime against the Ukrainian and Russian people."

And while nations around the world are imposing sanctions on Russia for this very reason, it’s also worth noting that they could potentially circumvent these using cryptocurrencies. Every technology is, in fact, a double-edged sword that can be wielded for good or bad. Case in point: the $37 million that has been donated to Ukraine this past week reminds us why crypto is a net-positive for the world. 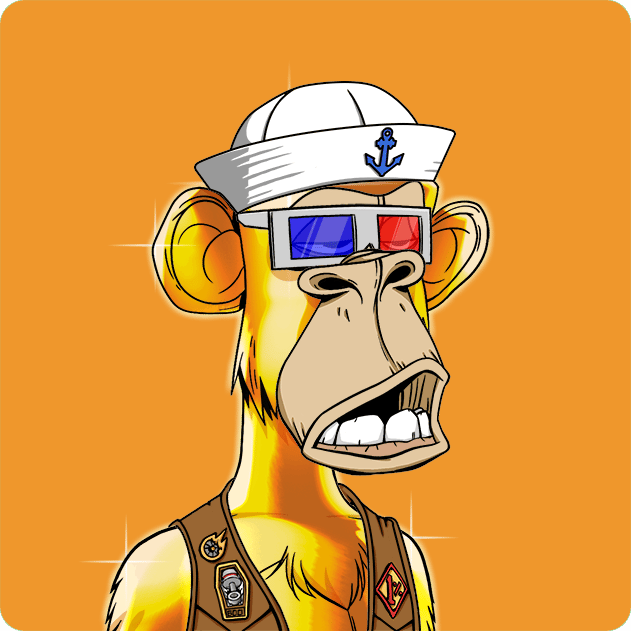 Crypto Punks could have easily blown them out of the water, if it weren’t for a last-minute auction cancellation. The anonymous CryptoPunk owner known as ‘0x650d’ was planning to sell a collection of 104 CryptoPunks NFTs, estimated to be worth $30 million. But on the day of the auction, 0x650d simply tweeted “nvm, decided to hodl”. Just like that, Sotheby’s lost out on at least $3 million in commissions.

It feels like every week, another institution plants their flag in the metaverse. Last week it was JPMorgan. This week, South Korea’s Ministry of ICT, Science, and Future Planning has pledged 223.7 billion Korean won ($186.7 million) to create a metaverse ecosystem called “Expanded Virtual World”, meant to support the growth of education, media and cities within the country.

As the Russian invasion unfolded, Gold investors were a bit more indecisive than the rest of the markets. Early in the morning, gold rose to a two-year high of $1,975. But just a few hours later, gold dropped all the way down to $1,885.

Other precious metals didn’t do much better either. Silver and Platinum fell 7%-8%, while copper briefly went up by a percent before dropping 3%. The fact that Russia is the world’s second largest producer of both gold and platinum surely played a role in these dips.

Wheat futures, on the other hand, have skyrocketed over 26% in the past 12 days. Better stock up on bread, cereal and pasta while you can folks.

Brent crude oil prices have been on an incline too, finally crossing the $100 mark and going as high as $105. The latest drivers in this bull run are the banking sanctions against Russia, since they are making it damn difficult for Russia to sell oil. A senior oil analyst at Rystad Energy even thinks that prices could reach $130 per barrel or higher by June if Russian crude flows continue to be disrupted.

The sneaker market has really kicked off (note: I couldn’t resist) in the past few years. You might think that would be good news for sneaker retailers, but thanks to the direct-to-consumer trend taking over the retail world, good old fashioned shoe stores may be going out of style.

Foot Locker stock took a 35% nosedive last week as Nike—a brand that accounted for 75% of Foot Locker sales in 2020—continued to pull back on supply in these footwear retail stores in favor of selling their sneakers directly through their own websites and storefronts.

As the top selling sneaker brand in the world, this shift is likely to impact other sneaker retailers as well. Nike already halted sales to a handful of other retailers last year, including popular shoe warehouse DSW.

In a scramble to stay relevant, major footwear retailers may have to turn to collaborating with local and up-and-coming sneaker brands. DSW parent company Designer Brands Inc. recently made a $2 million investment into what will be the first Black-owned footwear factory in the United States. Students at HBCU Pensole Lewis College of Business and Design will design the sneakers, which will be manufactured in a 20,000-square-foot facility in New Hampshire, and released at DSW stores starting this September.

All this talk of war isn’t just affecting the public markets, but the private equity too. VCs have taken note of Russia’s cyberattacks against Ukraine, not to mention the previous Russian hacks against the U.S. According to Crunchbase, VC-backed cybersecurity companies have raised nearly $2.6 billion this month alone.

This is a 281% increase in cybersecurity funding compared to the $682 million raised in February of last year. Security analytics company Securonix is one of the largest recipients of this funding at over $1 billion. Nowadays, cyberweapons can have the same destructive power as ground and aerial attacks.

Stocks continue to sell off, mortgage rates and home prices jump, the Canadian government becomes crypto’s public enemy number one, and California wines are giving French regions a run for their money.

Investors flock to bonds for higher yields, the DoJ makes their largest financial seizure ever, and fuel prices are headed for a pump. Check out the highlights below and click through to the full report to get all the details.