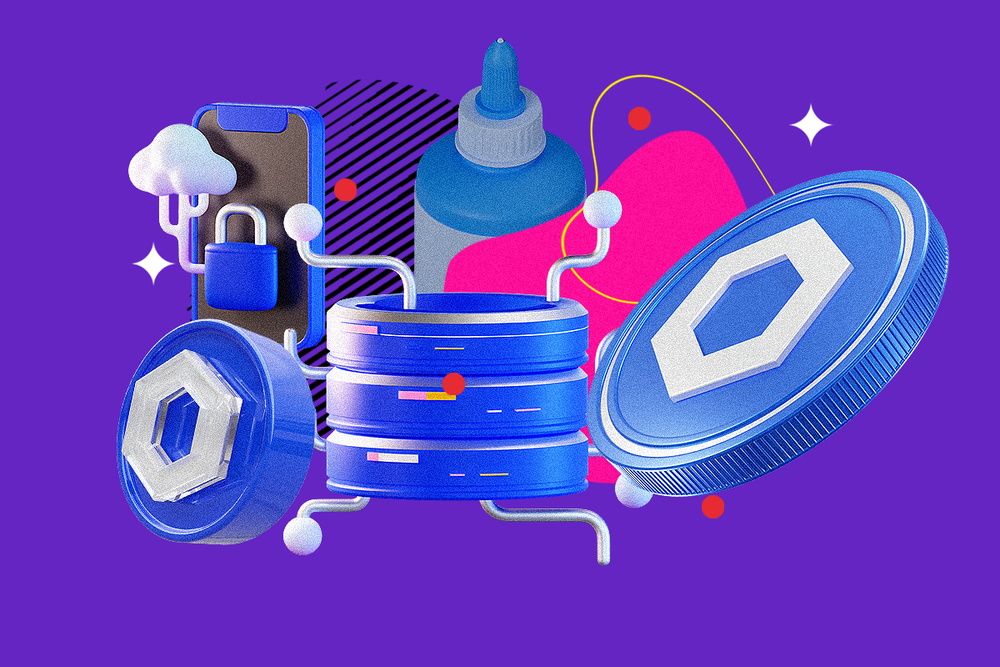 To what extent should blockchain data sources be decentralized? The answer to that question, my young padawan, will determine whether Chainlink is going to sink.

APIs (Application Programming Interfaces) are the glue that holds our digital world together. For the uninitiated, APIs are pre-packaged lines of code that can be reused by other programs on request, substantially reducing the time, cost, and effort required to develop complex applications.

At a $3.7 billion market cap, Chainlink is the most valuable decentralized oracle network in the world.

The data and services provided by APIs are varied, ranging from weather snippets in Google to Twitter bot posts. Only thing is, traditional APIs are not natively compatible with blockchains, which severely limits the utility of Web3.

This is referred to as the “oracle problem”, the need for secure sources of real-world (off-chain) data that smart contracts can rely on. Chainlink has been the industry-standard oracle service for years now, providing decentralized applications (dApps) like AAVE with real-time price data feeds. 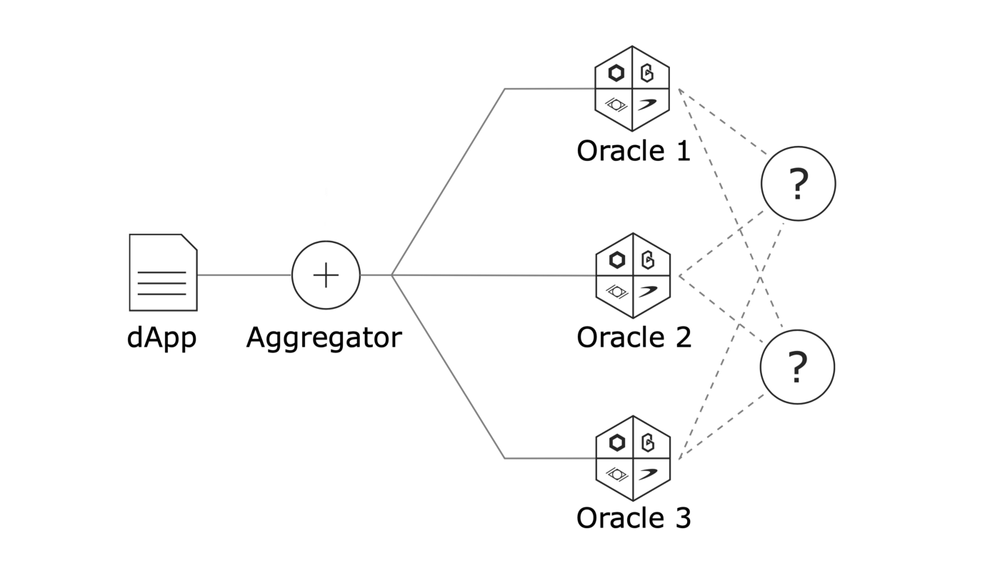 But a new crop of alternative oracles is currently gunning for the top spot, with API3 among the most promising of the bunch. In this article, I’ll break down the value propositions, technology, tokenomics and adoption metrics behind Chainlink and API3. That way, you can decide which of these oracles belong in your crypto portfolio.

At a $3.7 billion market cap, Chainlink is the most valuable decentralized oracle network in the world. And credit where credit is due, Chainlink solved the oracle problem very well. But in doing so, Chainlink also added some new problems into the mix.

Firstly, there’s a lack of transparency in the APIs that Chainlink oracles use, which makes it difficult to evaluate data quality. Secondly, Chainlink hasn’t introduced measures to deter oracles from relying on the same API providers. This, in turn, makes their data feeds vulnerable to single points of failure. What’s more, Chainlink and its oracle node providers act as middlemen between APIs and blockchains — even though blockchain technology was in fact created to cut out the middle man. 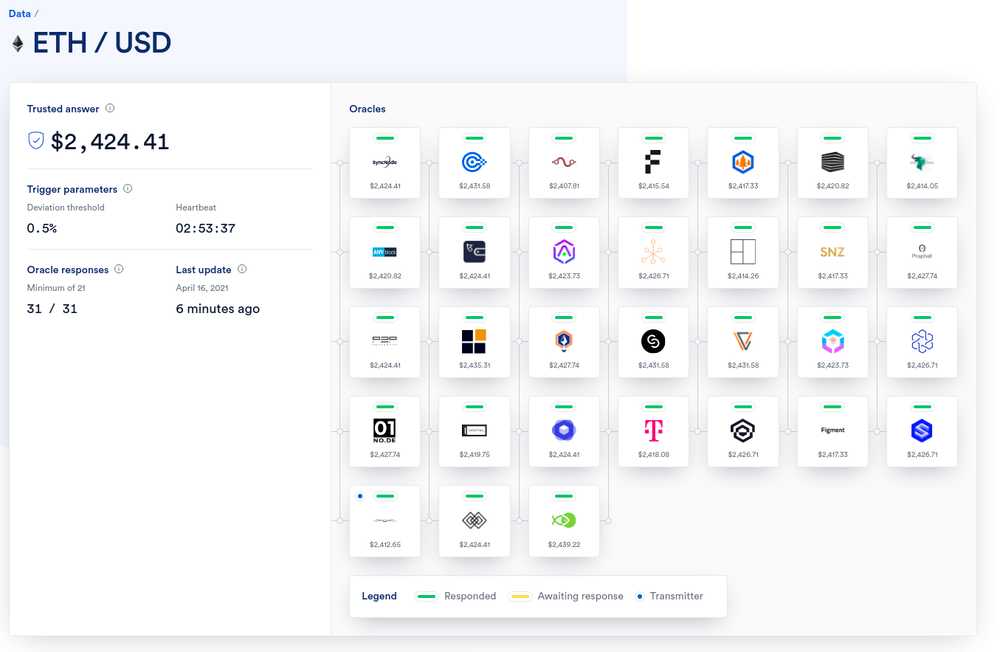 API3 is an open-source project that aims to solve the API connectivity problem, A.K.A. how to connect Web APIs to the blockchain without relying on middlemen (a la Chainlink).

In other words, API3 isn’t directly competing with Chainlink on technical performance but is instead disrupting Chainlink’s whole business model.

On the surface, Chainlink and API3 appear to work similarly. But you know what they say, the devil is in the details.

A Chainlink data feed accepts inputs from multiple oracle nodes and aggregates all the results into a single data point that is delivered to smart contracts. API3 does the same but in a more decentralized manner.

While the majority of Chainlink oracles (third-party oracles) are operated by entities that license data from Web2 providers, API3’s “first-party oracles” are run by Web2 providers themselves via an easy-to-deploy solution called Airnode.

This has three major benefits:

In Chainlink’s defense, they also allow data providers to run their own nodes. What’s more, not all data providers want to run their own nodes, opting to sell their data to oracle nodes instead.  Chainlink also has an “origin-signed” feature that allows oracles to prove where their data came from. It’s not clear, however, how many oracles make use of it.

Chainlink representatives have also criticized API3 in the past by claiming that their Airnodes rely on the infrastructure provider Infura, which acts as a central point of failure for their oracle network. But API3 later rebutted by saying that their Airnodes use multiple multiple infrastructure providers simultaneously, making it resistant to outages.

Neither of these projects have great tokenomics, and you’ll soon see why. For starters, API3’s inflation rate is as high as Snoop Dogg during the making of his reggae album. On the plus side though, over 40% of API3 tokens are allocated toward community members (partners include data providers). 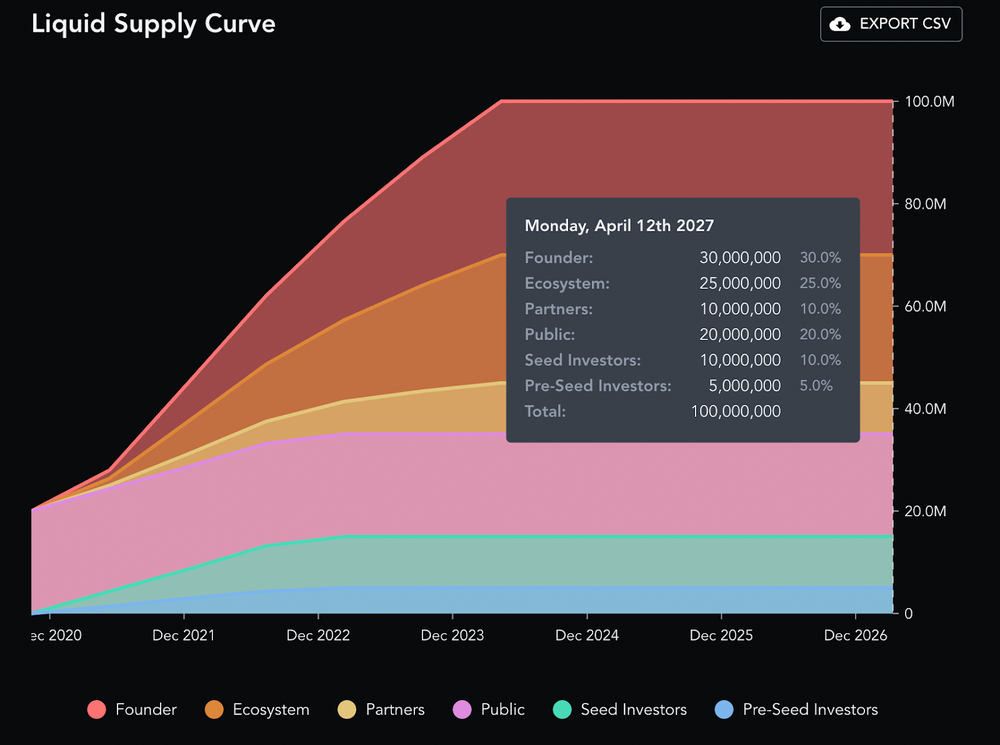 One reason Chainlink’s tokenomics may be less appealing than API3’s is that over 60% of tokens were allocated to insiders. And while Chainlink’s inflation rate is likely lower than that of its counterpart, the official number is not publicly verifiable (so who knows?). 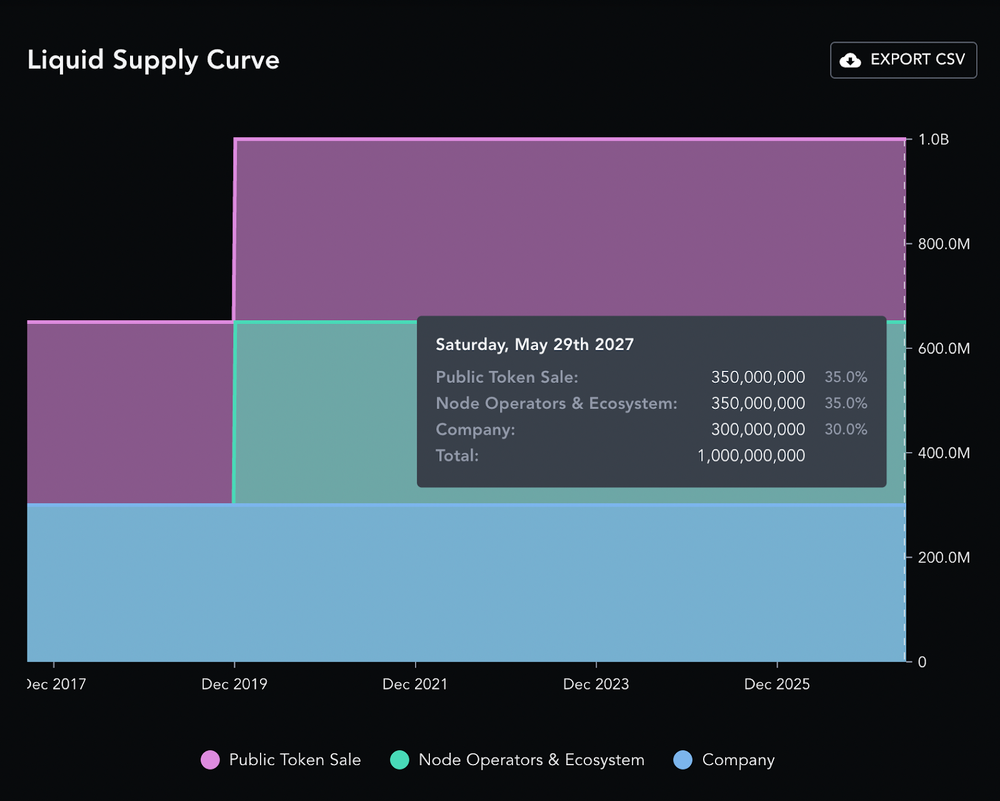 Finally, both projects sell tokens from their ecosystem reserves to subsidize node operators. But at 35% of total supply, Chainlink’s selling pressure has a larger effect on $LINK holders.

While LINK and API3 tokens are both used to pay oracle nodes for their services, that’s where the similarities end. API3 tokens can additionally be used for staking and governance.

One thing to note about staking here is that oracle networks are not the same as blockchains. Blockchains have to reach consensus on the sequence of transactions and whether or not coins were double-spent. Oracle networks, on the other hand, have to reach a consensus on both quantitative and qualitative (e.g. who won a sporting match) data accuracy.

All this to say, oracle networks are inherently more failure-prone than blockchains.  To compensate for this, API3 offers insurance coverage to users of its decentralized APIs (dAPIs) in case of a malfunction. What’s more, API3 uses the decentralized court system Kleros to arbitrate claims payouts.

These payouts are, in turn, subsidized by API3 holders who stake in the protocol to earn inflationary rewards and a share of the profits.

Chainlink, on the other hand, doesn’t offer any insurance on oracle malfunctions. Instead, LINK tokens can be staked by node operators as collateral for their services (at the client’s behest). And if the oracle fails to provide adequate services, then their LINK will be slashed.

Chainlink does plan to launch user staking sometime in 2022 though, which could end up catalyzing a LINK price rally.

API3, on the other hand, is governed by a DAO of API3 token holders that direct the project and how funds are used. Not content with simply giving token holders voting rights, API3’s DAO also has community members vet each API provider and data feed for accuracy, trustworthiness and reliability. 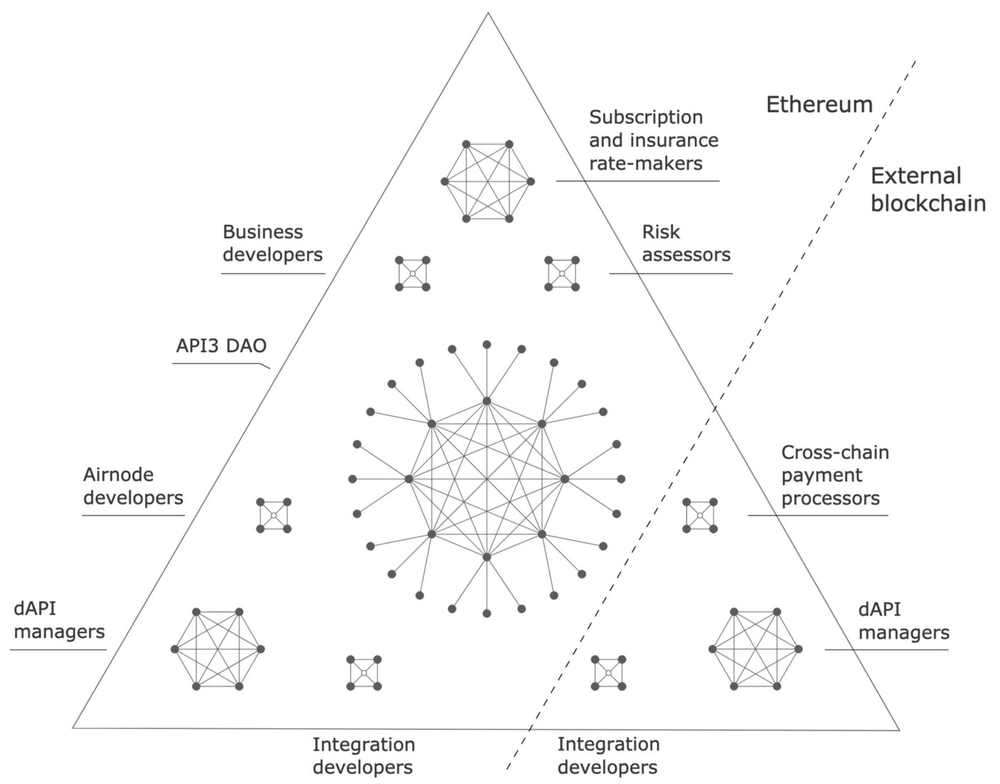 Chainlink: Too big to fail?

Chainlink has a near-monopoly on smart-contract data feeds, with $38 billion in total value secured across 1,320 projects. Meanwhile, API3 is not even one-tenth the size of Chainlink’s market cap.

There are really two ways to view this value gap: either API3 doesn’t stand a chance at gaining significant market share, or API3 has the potential to 20x in the next bull cycle. At the end of the day though, both projects are pushing for decentralized data delivery, just to varying degrees.