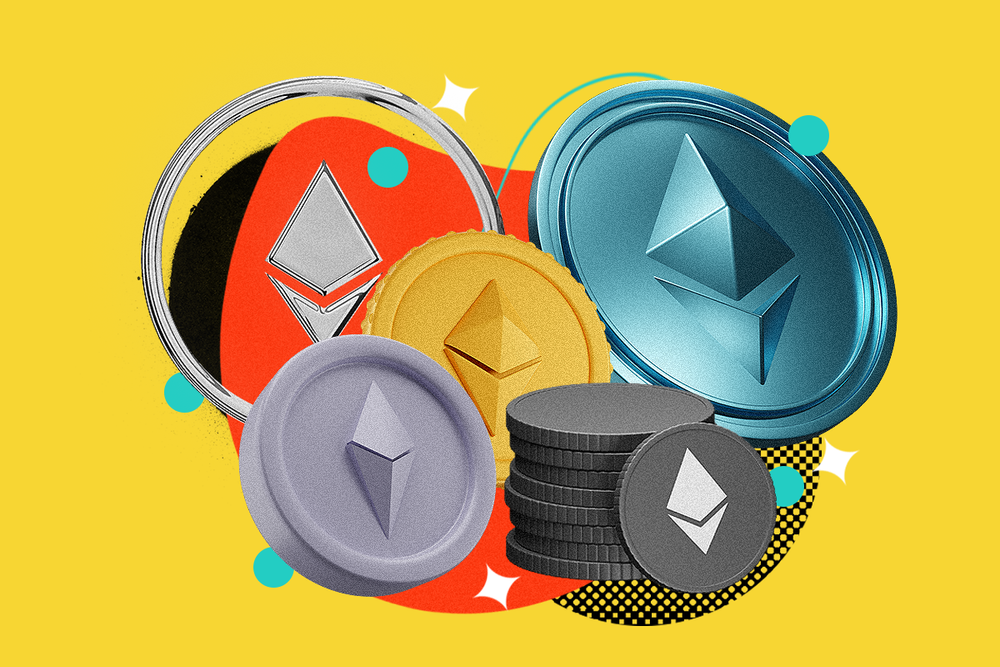 While the Ethereum Merge is closer than ever, they say that the journey is more important than the destination. Here's how we got here.

One day in early June 2014, Vitalik Buterin paced nervously in the drizzling mist on the cherry-stained wooden deck at the top floor of the Spaceship—Ethereum's live-in workspace in the quaint, hilly municipality of Barr, just a stone's throw away from Zug, Switzerland. The 20-year-old wiz-kid was now bearing the weight of all the drama and contention that had built up amongst his teammates over the past several months on his shoulders. 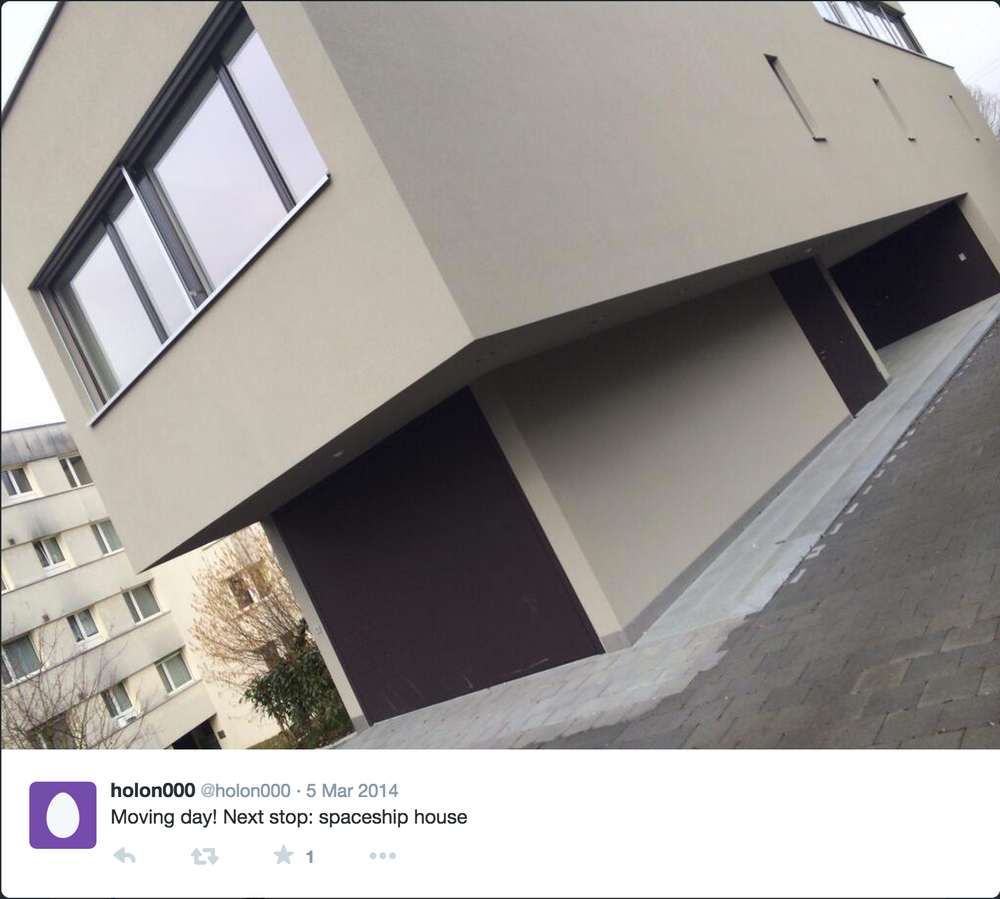 As chronicled in Laura Shin's book The Cryptonians, Vitalik didn't like dealing with high-level company decisions for Ethereum.

The Ethereum 2.0 Merge will be the biggest tokenomics change to ETH crypto since the EIP-1559 proposal included in the 2021 London upgrade.

He preferred to delegate administrative responsibilities to other Ethereum staff like Charles Hoskinson and Gavin Wood, Ethereum's respective CEO and CFO. Rather, Vitalik enjoyed spending his time researching, writing code, and learning Chinese. He never asked to be the official leader of his brainchild—but he would soon realize that he had no choice.

On July 20, 2015, the Ethereum genesis block—the first entry in the distributed ledger—was loaded, marking the official launch of the Ethereum blockchain. That same day, a post on the Ethereum Foundation blog announced that the Swiss non-profit was undergoing a structural reorganization that introduced a new executive director and three new board members in addition to Vitalik, who was the youngest and most influential of them all.

However, it was over a year earlier, around that fateful day when Vitalik solidified his role as leader of Ethereum, that he published a post announcing the initial token sale of ETH. Buried in one of several bullet points, he wrote, "We may choose later on to adopt alternative consensus strategies, such as hybrid proof of stake, so future patches may reduce the issuance rate lower." Despite following his first public mention of proof-of-stake (PoS) vs proof-of-work (PoW) by explicitly stating that an upgrade wasn't promised, the kernel of the Ethereum Merge was there from the very beginning.

When is the Ethereum Merge happening?

Because it's hard to keep promises in the world of blockchain development, the foundation never announced an Ethereum merge date. Vitalik and his developers inched slowly toward Ethereum 2, gradually developing a technical framework for how a proof-of-stake consensus mechanism would function. Vitalik's ideas would slowly trickle into the public frame through blog posts detailing specific mechanisms like slashers as well as justifications for how Ethereum would reap the security, efficiency, and scalability benefits of PoS.

The problem with the Merge wasn't just the lack of a concrete timeline. There was also no clear conceptual framework that the masses could neatly understand regarding PoS and what Ethereum 2 actually meant. While the concept of PoS proliferated as new layer-1 blockchains incorporated the consensus protocol, for years it was unclear what the ETH merge entailed or if it would ever actually happen. But, with a loose target set for Q2 2022, the official PoS merge could occur at a moment's notice.

When Ethereum launched in 2015, it was almost a given that the network would use a PoW consensus mechanism, just like Bitcoin and almost all other cryptocurrencies up to that point. But Vitalik and some of his fellow Ethereum developers didn't exactly accept the status quo of attaining blockchain security through a network of powerful computer 'miners' who would consume constant electricity.

From the very beginning, Ethereum's developers knew that they would eventually transition to PoS. But, the problem with transitioning to a new consensus mechanism was that it required the vast majority of miners to accept it, cease their mining rigs, and instead stake 32 ETH in order to continue validating transactions on the network. To smoothly merge the existing PoW Ethereum blockchain with the PoS network, the developers needed an incentive mechanism that would prevent a hard fork that could potentially cause one blockchain to split into two separate blockchains.

Ethereum was extremely familiar with the perils of a split in consensus caused by a hard fork. The network was barely one year old when a division in the consensus protocol occurred in July 2016. This was not because of a hamartia in the Ethereum codebase, but rather due to a few lines of faulty code in a smart contract governing the DAO, Web3's first decentralized autonomous organization.

The Future of Crypto 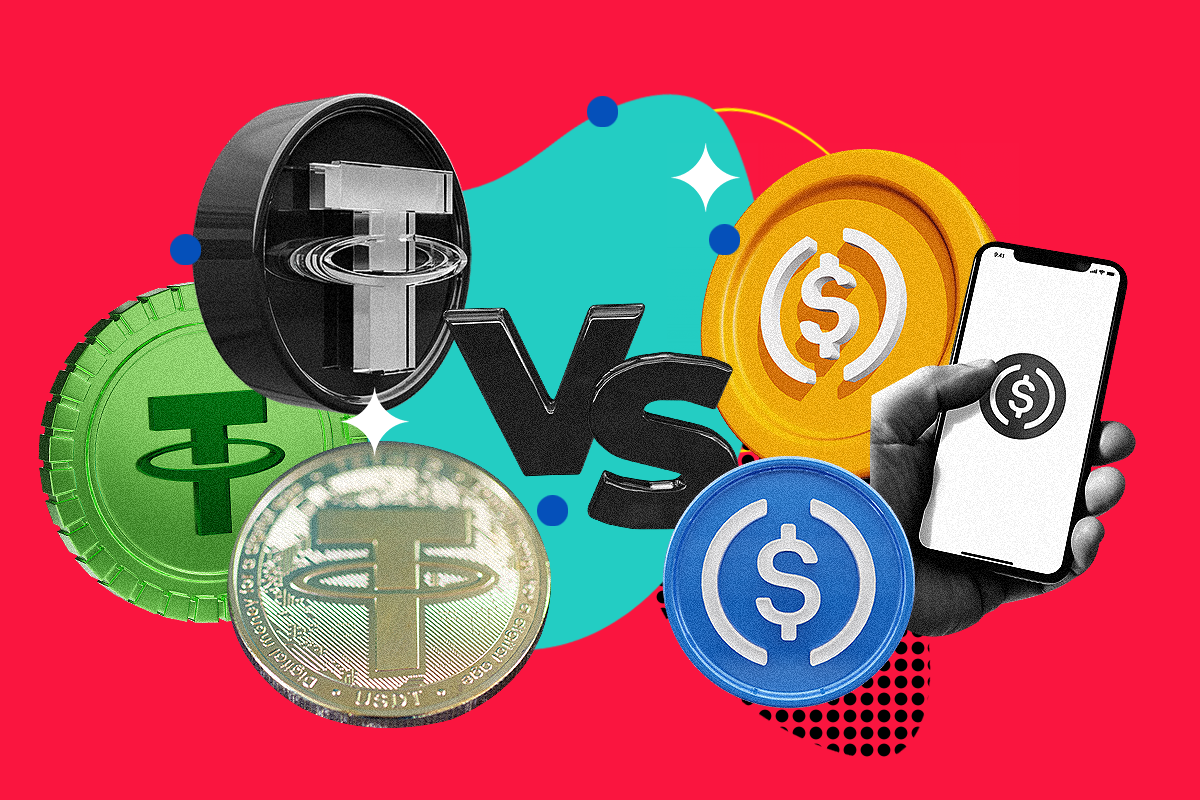 Turning the Stables: Tether vs USDC, Which Will Be the Best Stablecoin? 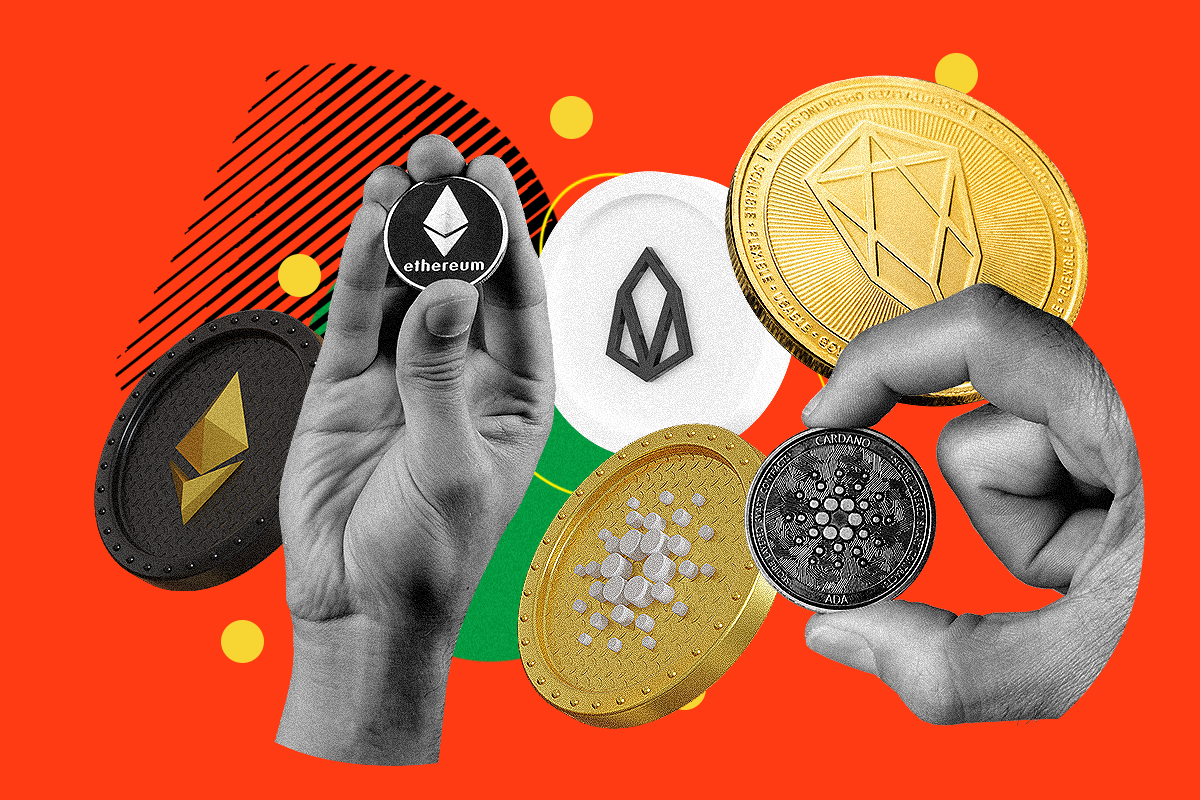 The Game of Dethrones: Does Ethereum Stand a Chance Against Cardano and EOS? 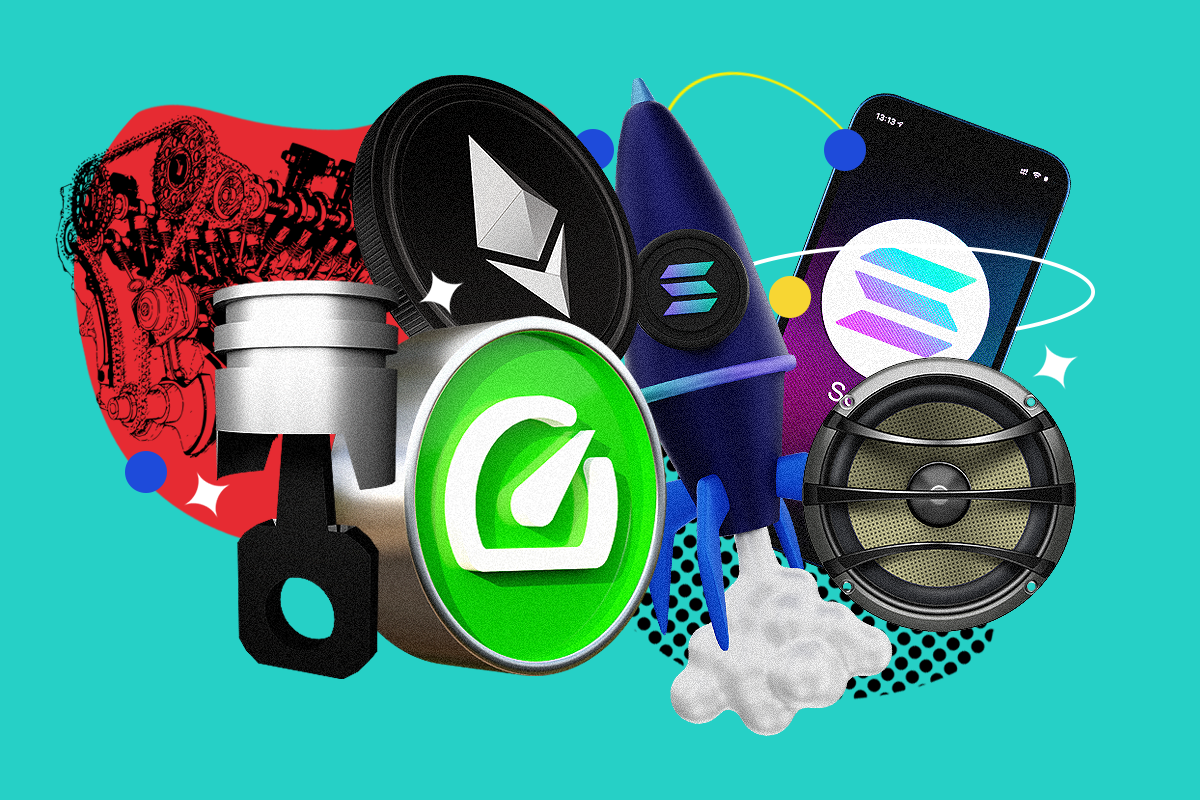 Need for Block Speed: What is Zilliqa (ZIL) Crypto?

The DAO's maxim "code is law" sort of spelled out what they had coming. The motto implied that exploiting the smart contract and siphoning funds into a separate DAO was not invalid or even illegal, just simply unethical. In fact, the ability to break off from the DAO to form a 'child DAO' was an intentional feature included by the authors of the DAO's smart contract.

Although the DAO 'hack' wasn't an actual hack, it truly was a nightmare scenario for the Ethereum ecosystem both in terms of the network's legitimacy and its economics, since a treasury of 11.5 million ETH which sat in the DAO's smart contract was just waiting to be stolen by virtual bank robbers.

The clock began ticking once the exploit was publicly known, so Vitalik and the Ethereum dev team took it upon themselves to fork the network, thus forming the ETH we know and love and leaving behind the original—a network today known as Ethereum Classic (ETC).

Since the Ethereum 2 merge would technically be a hard fork, the developers needed to implement a mechanism that would incentivize miners to transition over, ceasing to validate the PoW network in favor of PoS. The mechanism they chose was the difficulty bomb, basically a scheduled event that would reduce the ETH rewarded to miners to an unprofitable level, thus effectively making the Ethereum PoW network economically unviable.

Difficulty increases are a common feature of PoW blockchains which allow the consensus mechanism to remain secure while keeping up with the ever-advancing field of computing. For instance, Bitcoin has a built-in requirement for miners to gradually increase computing power while regularly halving the number of bitcoins awarded to miners who propose a new transaction block. 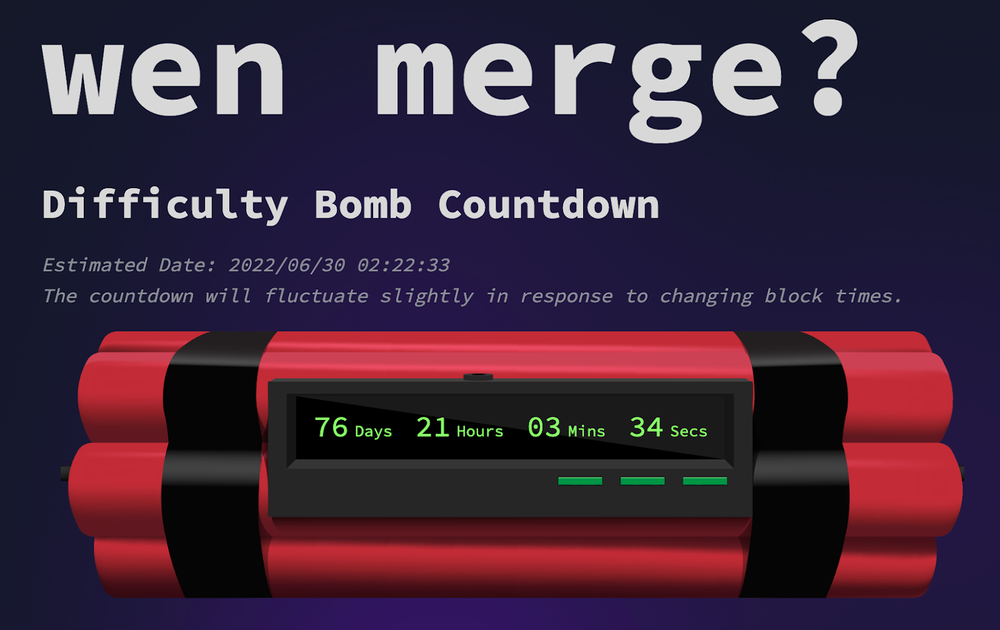 However, since Ethereum was considerate of its future transition to PoS, the developers applied a similar concept but instead made the difficulty increase so exponentially steep as to economically disincentivize rational miners from continuing to validate the network overnight. Although the difficulty bomb was introduced at the very launch of Ethereum (known as the Frontier update), the developers would delay the difficulty bomb with each subsequent release, hence pushing the launch of Ethereum 2 further and further away. 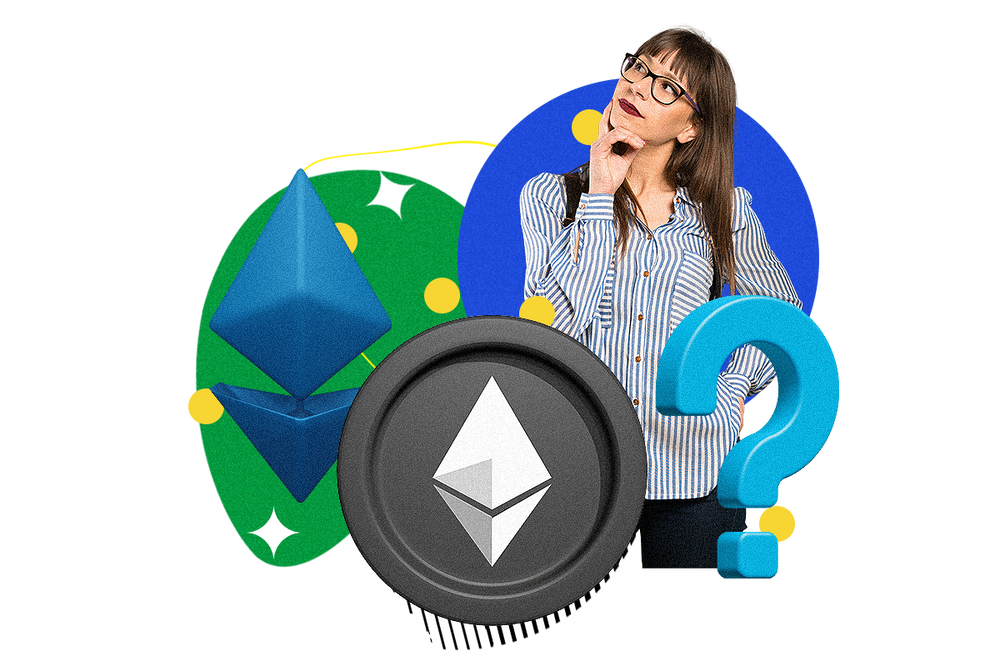 Ethereum after the merge

What do you think will happen?

While Ethereum smart contracts may have revolutionized the way we interact with blockchains, one could say the opposite about their marketing. ETH's branding was off-point from its very inception: Almost no Anglophones use the term 'Ether' to refer to ETH (as it was conceptualized by Vitalik), rather referring to the asset simply as 'eth,' or referring to the asset and the network by the same moniker—Ethereum. 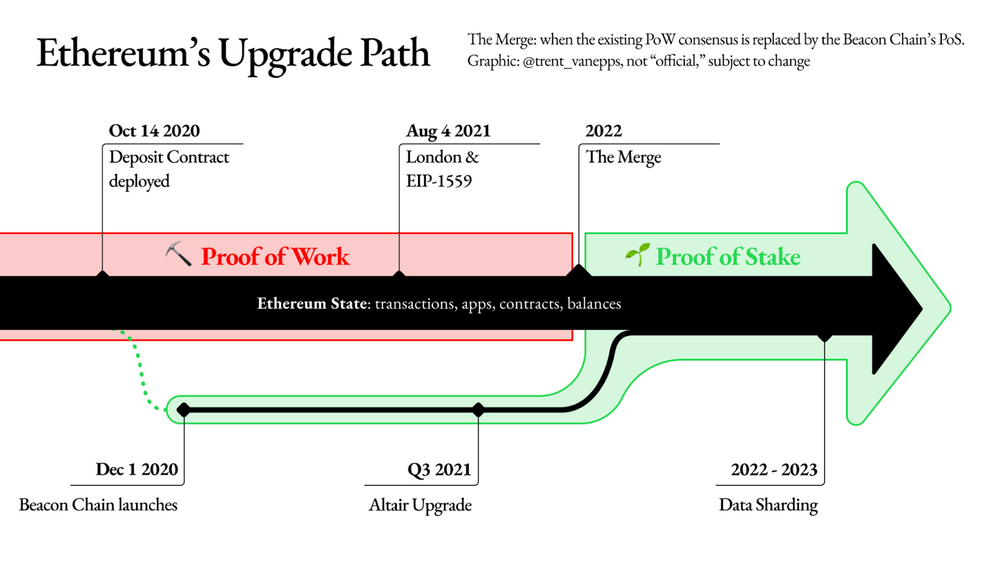 The lack of clarity of Ethereum's brand would continue to plague the literature surrounding the Merge, unintuitively dubbed Ethereum 2. By 2021, the Ethereum Foundation realized the flaws in its branding and began working on a way to straighten out the confusion caused by naming the upgraded PoS network Ethereum 2.0. A blog post on January 24, 2022 finally addressed the "broken mental model" which had led some to believe that ETH2 is the successor to ETH1.

What is the ETH Merge?

In reality, ETH1 does not stop existing when ETH2 is released, nor was staking ETH a way of converting ETH1 to ETH2 when the PoS network launched. The technical truth was that ETH1 and ETH2 would exist simultaneously as two layers working together in their respective roles; the former executing the blockchain and the latter securing the blockchain. Hence, ETH1 was rebranded as the Execution Layer and ETH2 was dubbed the Consensus Layer, both of which together compose the Ethereum blockchain.

Ethereum tokenomics after the Merge

The Ethereum 2.0 Merge will be the biggest tokenomics change to ETH crypto since the EIP-1559 proposal included in the 2021 London upgrade. EIP-1559 introduced a mechanism by which a fixed amount of Ether is burned—permanently taken out of circulation—with each Ethereum transaction, thus reducing the overall inflation of ETH. This fixed amount is the base fee required for each Ethereum transaction, and the incentive for miners came in the form of a tip on top of that base fee.

While EIP-1559 significantly reduced ETH inflation, the Merge will introduce a reduction to the issuance of Ether. This means the mechanism that reduces the supply of ETH will outpace the mechanism that issues new ETH, thus making Ethereum's base currency practically deflationary. In other words, the Merge has extremely bullish implications for ETH as an asset.