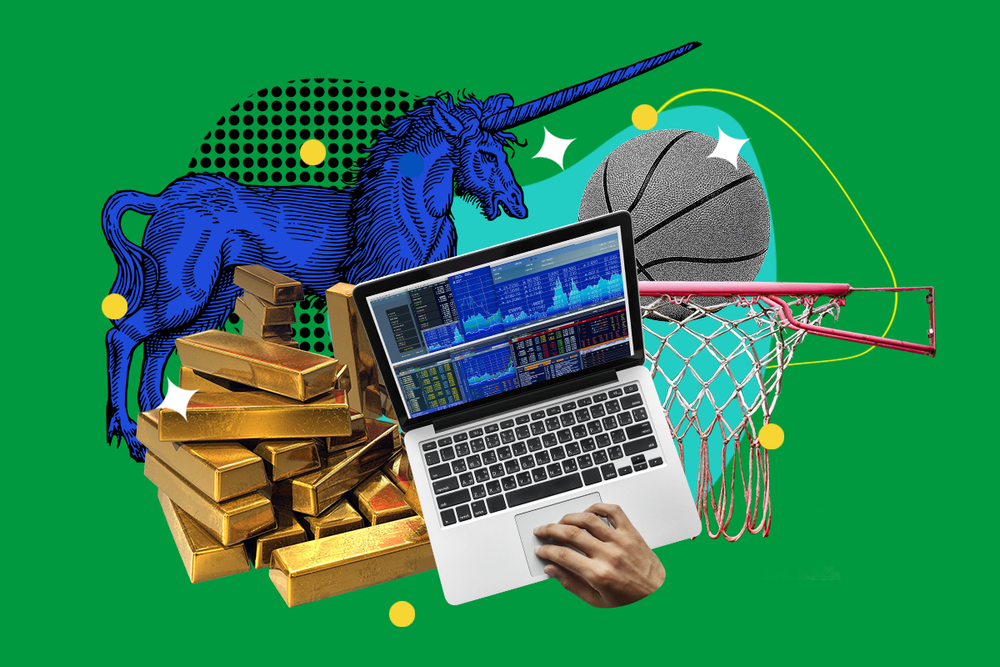 Protect yourself against a market crash or go for growth? Get yourself an asset that can do both.

It's game six of the NBA finals in 1998, and the Chicago Bulls are down against the Utah Jazz 85-86. With 5.2 seconds on the clock, Michael Jordan comes up onto his toes and shoots the ball. As it swooshes through the net, he hovers on the balls of his feet, right arm stretched above in that classic shooting pose for an extra long second—as if he knew that final shot would be the exact moment in which the Bulls went from 90s legends to legendary dumpster fire.

After winning six NBA Championships in a decade and courting a never-ending roster of legends—from Michael Jordan to Scottie Pippen to Dennis Rodman—the Chicago Bulls franchise came crashing down right after Jordan's "last shot." The next season, the team finished with the worst record in their conference. The next few years were similarly dismal, and they never did make it back to dream team status.

The stock market has been on its own "bull run" for the last decade, and many investors are starting to prepare for the inevitable crash. The market has been on the rise since 2009, meaning we're currently in the longest bull run (a period of increasing stock market value) in history. Plus, uncertainty surrounding COVID-19 continues to test the strength of the market's current winning streak.

If the market takes a 1999-Bulls-style nosedive, there's one thing you'll want to invest in to keep your portfolio from crashing too: uncorrelated assets.

What are uncorrelated assets?

An uncorrelated asset is, as its name suggests, an asset that isn't correlated with stocks. This means that its value doesn't follow the same ups and downs as the stock market. Many investors consider them central to any good diversification strategy for that reason—the market could crash tomorrow, and uncorrelated assets are likely to continue holding their value regardless.

Sometimes these assets are even negatively correlated with the stock market, which means they tend to do the opposite of whatever stocks are doing. When the stock market falls, they increase in value, helping to counter your losses even more.

However, Treasury bonds still don't provide a lot in terms of returns. In 2020, for example, they averaged about 1% to the stock market's almost 18%. This is the downside of a lot of uncorrelated—and especially negatively correlated—assets: they lower both your risk and your returns. Investors are often willing to settle for assets that don't perform as well as the stock market in order to preserve the wealth they already have. But if you have too many low-earning assets in your portfolio, it weighs down your long-term growth enough to prevent you from building more wealth.

This is where alternative assets, such as real estate, art, and farmland, come into play. Many of these assets perform just as well as the stock market if not better. At the same time, they don't usually track the same patterns as the stock market, so they lower your risk without killing your returns. Here are some popular uncorrelated assets, how they perform in relation to stocks, and how you can start investing in them.

You might be having flashbacks to the housing crash in 2008 that coincided with the financial crisis and thinking the two must be correlated. However, that was a situation in which the housing crisis caused the financial crisis, not the other way around. Generally speaking, real estate isn't highly correlated with the stock market because it relies on long-term leasing and mortgage contracts.

In fact, research done by the Federal Reserve Bank of San Francisco shows that the housing market and stock market haven't followed the same patterns since before World War II. And while both real estate and stocks provide about the same returns (around 7%), housing returns are significantly more stable even in the face of market volatility. This makes real estate one of the rare assets that provides higher rewards without higher risk.

How to start investing in real estate: You don't necessarily have to buy property to add real estate to your portfolio. Platforms like Fundrise let you pool your money with other investors, so you can invest in high-quality real estate projects for as little as $10. Plus, the target returns of 9% to 12% are better than average stock market returns.

There's a reason Bill Gates owns more private farmland than anyone else in the US, and it's not because he decided to pick up farming as a post-divorce hobby. Farmland is one of the most resilient asset classes out there—it's consistently offered positive returns, even during periods of drastic economic decline. It's also uncorrelated with other major asset classes like bonds and real estate. After all, we always need to eat.

After the 2008 financial crisis, when the stock market and real estate were both struggling to stay above water, farmland actually experienced an increase in land value and consistent profitability. In fact, since 1999, returns on farmland have only been negative for one quarter. The rents on farmland also offer investors monthly passive income in addition to the increasing value of their underlying investment. This consistency paired with returns that rival the S&P 500 make farmland a particularly good investment in times of economic uncertainty.

How to start investing in farmland: If you're not sure how to test soil acidity or assess soil drainage, you probably don't want to go out and buy up farmland yourself. FarmTogether does all the work for you, sourcing profitable, already-operating farms that you can invest in. You'll earn regular cash flow from the revenue the land generates (off of crops and rent), and you'll see a return on your investment in the form of land price appreciation.

Even during a market crash, the ultrawealthy tend to continue on with their business, their well-protected billions changing hands at just about the same rate as before. That explains why the fine art market does so well when the economy is suffering—in 2008, even as the stock market was bottoming out, the value of great masterpieces going up for auction hit a record-breaking $2.2 billion.

The best part is that fine art actually outperforms the stock market, making it one of those rare diversifiers that actually provides growth in addition to protection. Since 2000, the ArtPrice 100 index (an index of the 100 most consistently in-demand artists) has outperformed the S&P 500 by over 250%.

How to start investing in art: You probably can't go out and drop $100 million on a Picasso—yet. In the meantime, you can invest in the world's greatest masterpieces through art investing platform Masterworks. Masterworks has acquired some of the most valuable paintings on the art market by artists like Basquiat, Banksy, and Picasso himself, and they split these paintings into shares that you can buy for as little as $5,000. When the value of the painting goes up, so does the value of your shares.

Is cryptocurrency an uncorrelated asset? 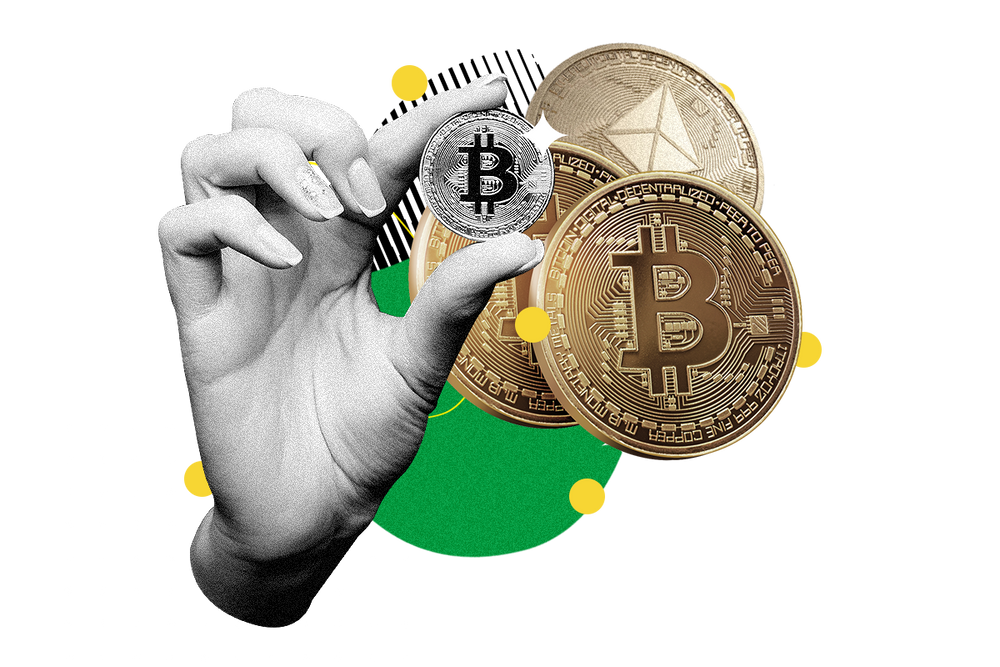 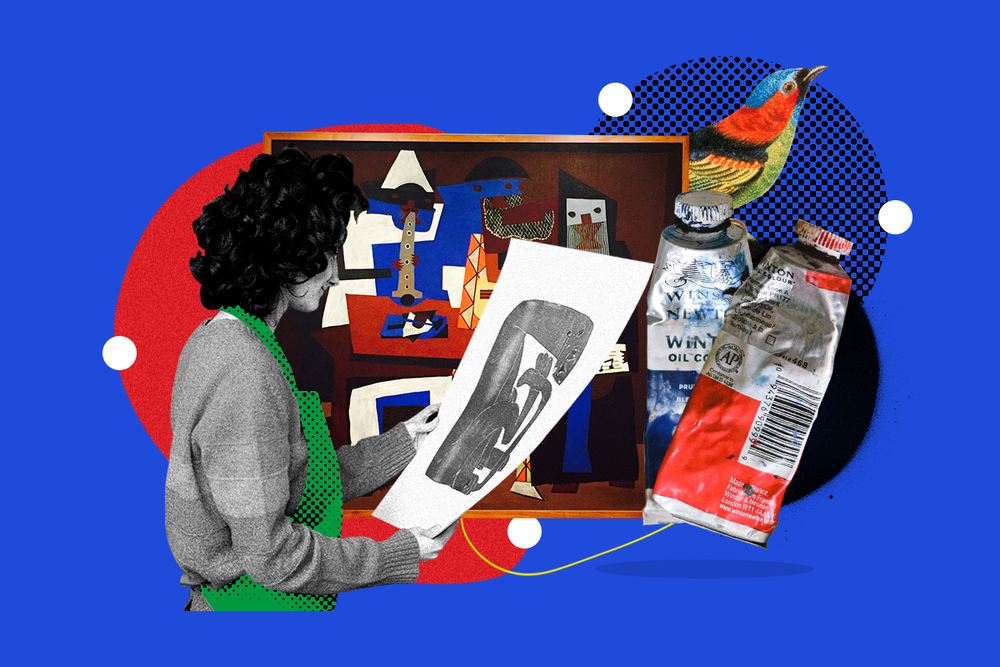 How to Invest In Art (You Can Afford)

From finding up-and-coming contemporary artists to buying shares of some of the greatest masterpieces of all time, here's how to become an art investor on a budget. 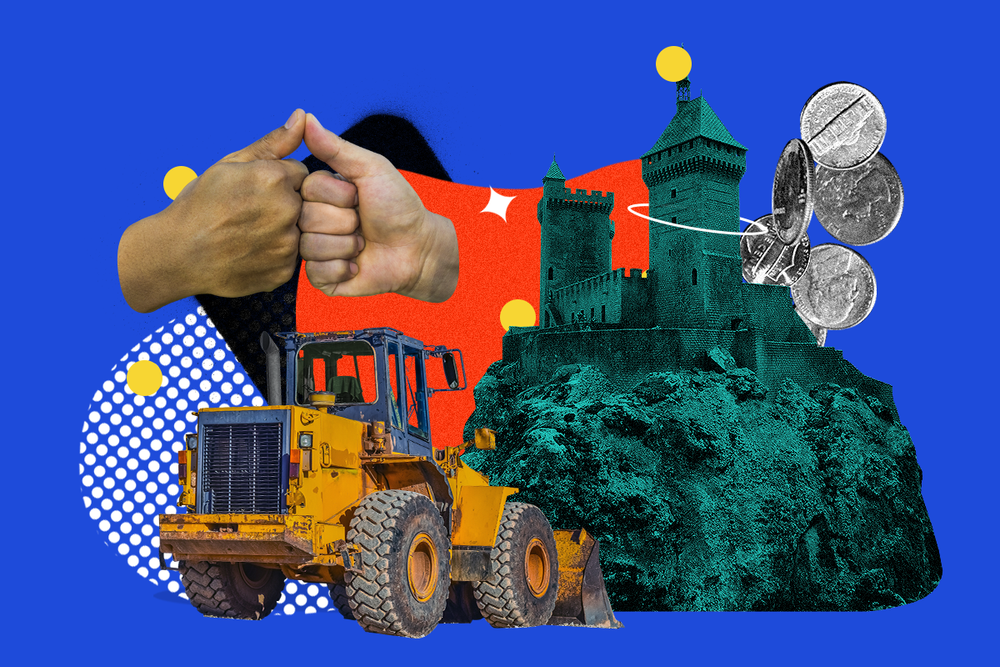 How to Cash In On Real Estate (Without Owning Property)

REITs let you invest in real estate and earn monthly income while someone else does all the work.