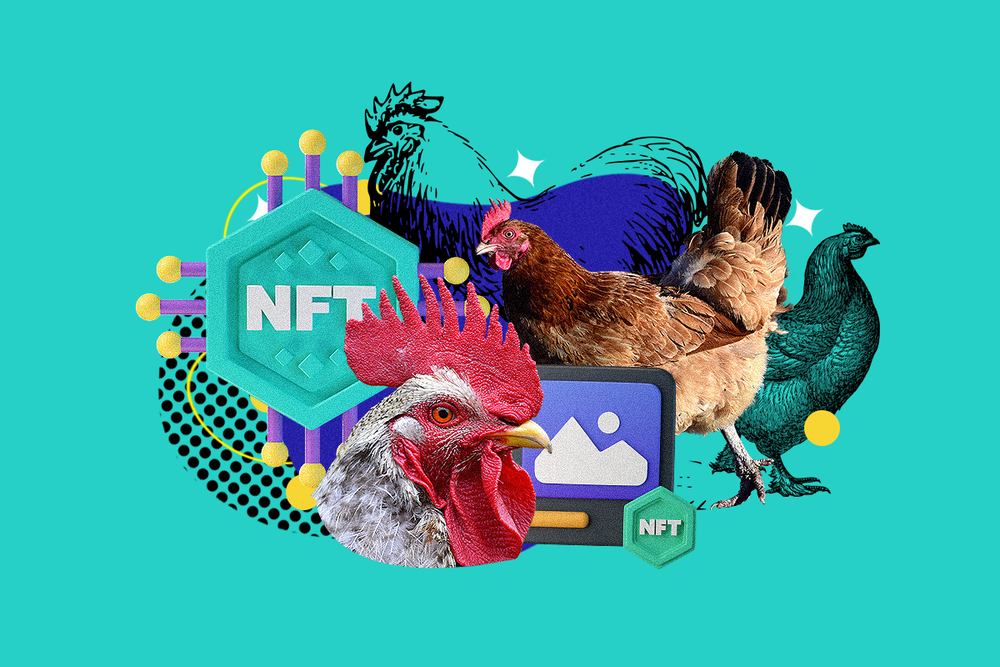 Chikn NFTs promise passive income and rewards to reap, but are they the beginning of an interactive metaverse world? 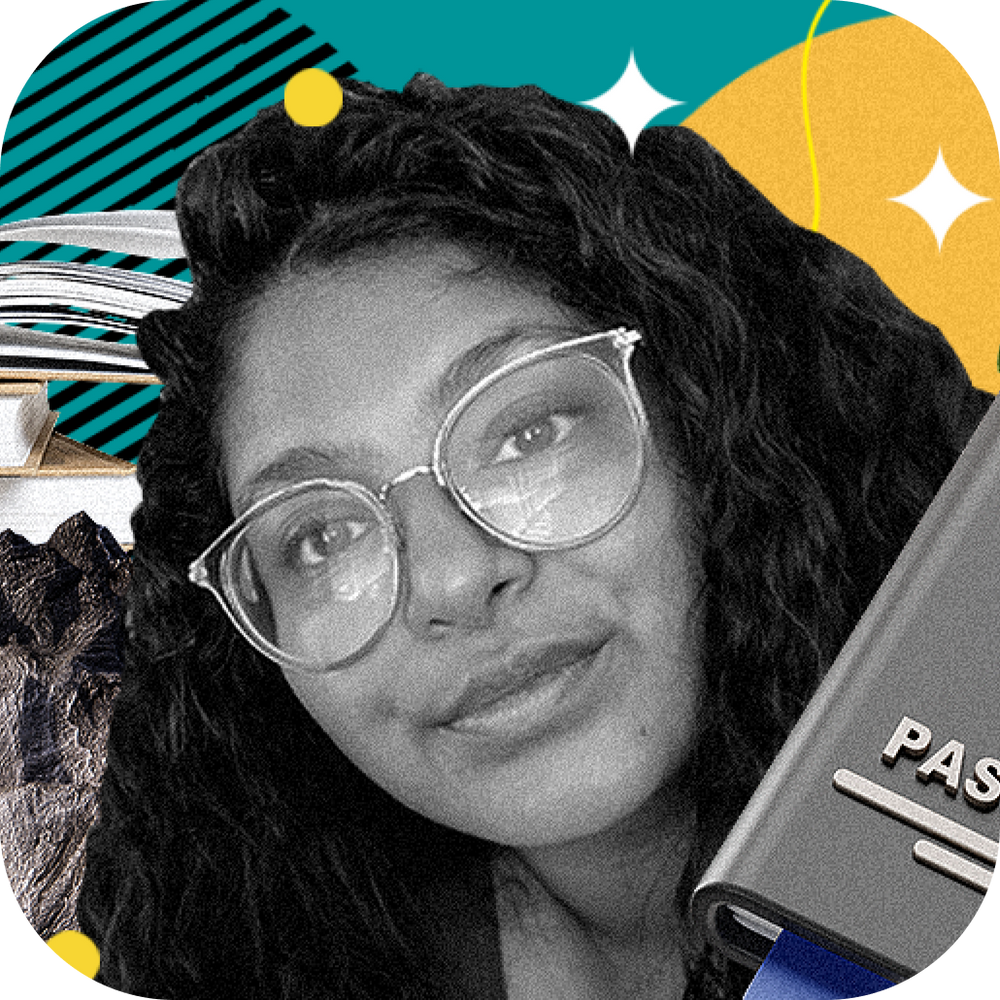 The world is becoming more digital, and many are personalizing their Metaverse digs. A limited pair of shoes made by your favorite NFT artist. A house next door to Snoop's. A Bored Ape avatar that shows everyone you're an originator. These are some of the ways people are setting themselves apart in virtual spaces.

NFTs enable humans to do in the digital world what we do so well in the physical world—show off who we are through the stuff we own.

Chikn Farm NFTs are one of the few projects that brought real utility and that puts it in a select group of winners.

Since these goods are digital, creators can make them do anything they want to, and this is leading to some pretty interesting events. In the case of Chikn Farm NFTs, a flock of chickens is hatching an entire world complete with an economy that some could make a living from. The biggest Chikn owner makes about $260,000 a year in passive income.

So what are Chikn Farm NFTs and are they a good investment? Let's take a closer look at these egg-citing assets.

What is a Chikn NFT?

Chikn Farm is a web3 game native to the Avalanche blockchain. By December 2021, 10,000 Chikn NFTs were minted and sold. The objective of the game is to grow the size of your Chikn by competing with other players for limited resources.

When you buy your Chikn, you put it to Roost. This is like staking a crypto asset, or locking it without the ability to sell for period of time. A Roosted Chikn generates $EGG tokens, which can also be staked to earn $FEED tokens. You want $FEED tokens because they make your Chikn bigger, and as your Chikn gets bigger, it lays more $EGG.

While your Chikn will lay $EGG forever, the $FEED supply is finite. Once it's all gone, everyone’s Chikns will stop growing and be as big as they'll ever be. 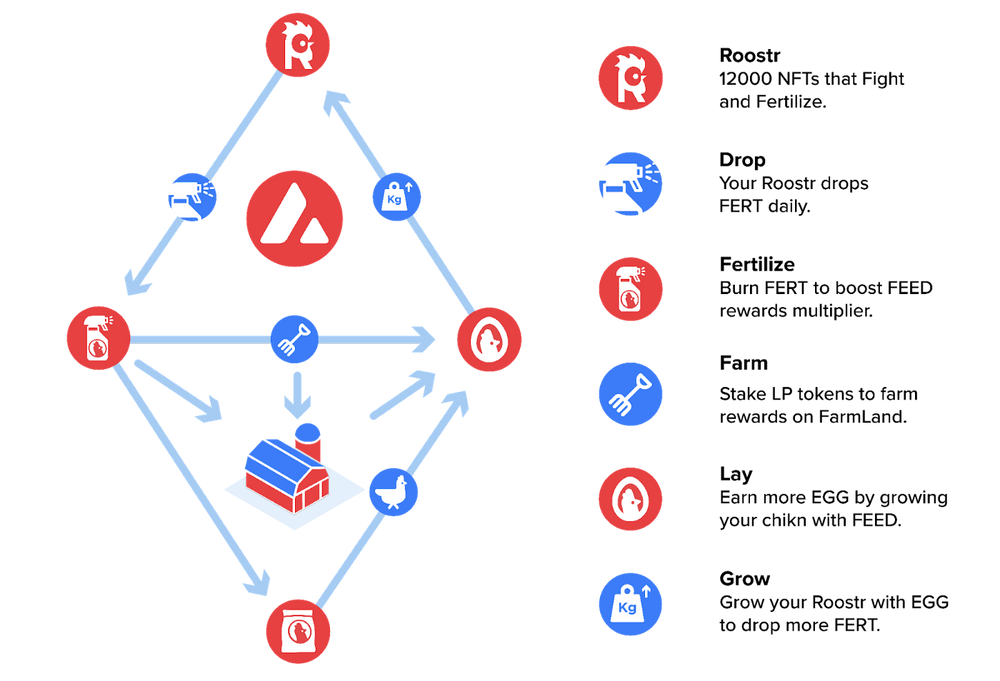 This is only the first phase of the Chikn project, though. Eventually, this simple chicken-and-egg system will be the foundation for a Metaverse economy based entirely on the $EGG laid by user's Chikns.

Currently, there are three tradable types of Chikn Farm NFTs:

Each one helps further your quest to build a more productive agricultural empire.

And since $EGG and $FEED are cryptocurrencies, you can reap the rewards of these cash crops.

If you know Ethereum, then it's not hard to figure out what Avalanche is. It’s a blockchain competitor that also runs smart contracts and has NFTs. There are many other blockchains, and they're trying to come up with the perfect system that's faster, less centralized, and more secure than its competitors. Avalanche's claim to fame is its fast transaction speeds—Ethereum can only handle 15 transactions per second (TPS), but Avalanche can facilitate up to 4,500 tps.

Like Ethereum's ETH coin, Avalanche has a token called AVAX. Newly issued AVAX is distributed to validators who secure the network, and Avalanche users pay transaction fees for using the network. AVAX is a limited resource as there'll only ever be 720 million tokens, and all the transaction fees are burned. This means each time someone transacts on Avalanche, AVAX becomes a little scarcer and potentially more valuable.

Unlike profile picture (PFP) NFTs, Chikn Farm NFTs are part of an interactive ecosystem. Growing your Chikn with $FEED doesn't just increase its $EGG output—it actually gets bigger on the blockchain. The size increase of your Chikn is written into its NFT metadata, so the value your asset builds will transfer when you choose to sell it. This makes an upgraded common Chikn more valuable than a rare but underfed one.

Similarly, FarmLand NFTs can also be upgraded. A plot of FarmLand serves as both a home base in the Chikn metaverse and a ticket to exclusive features—players can store their items and receive access to new releases from the game developers. It can also be farmed for rewards like extra $FEED (while it still exists).

By burning $EGG, you can increase the size of your FarmLand, which in turn increases the amount of $FEED you can grow before harvesting. At 120 "Bigness," your FarmLand is fully upgraded and has unlimited capacity for growing $FEED. 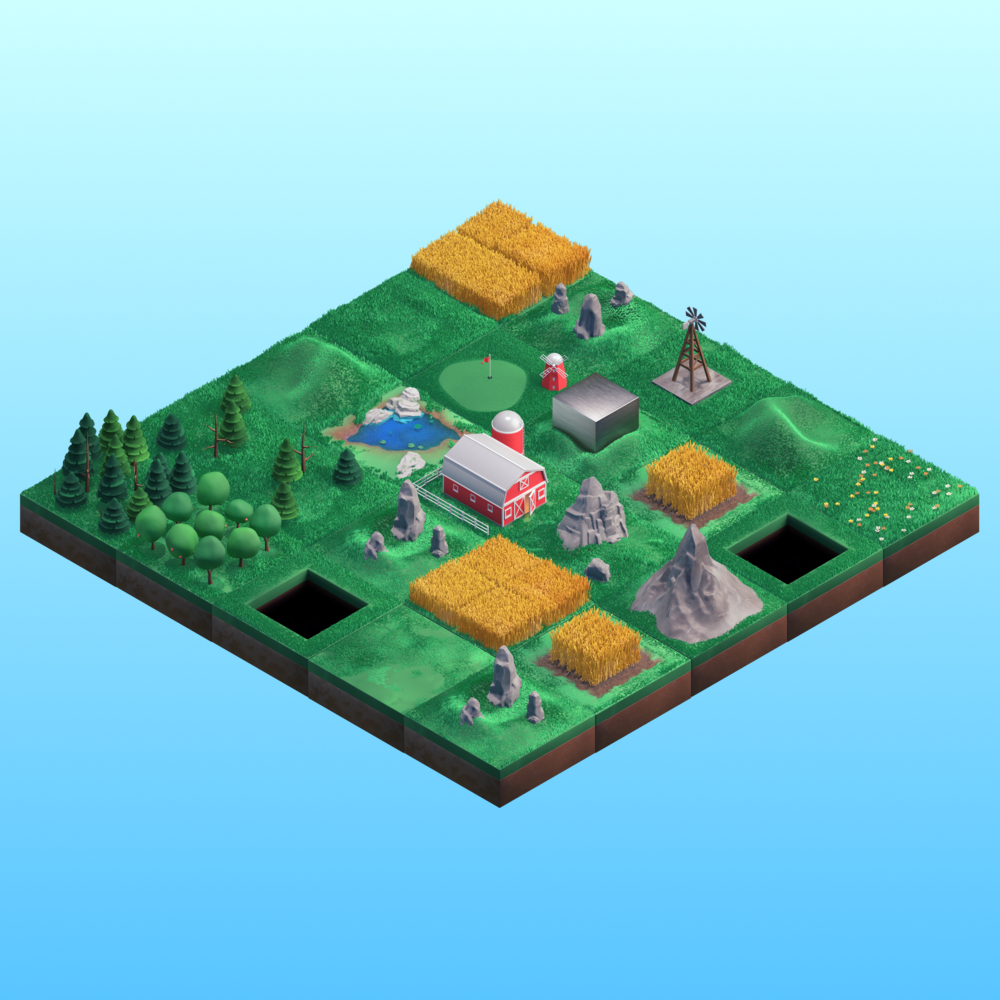 A fully upgraded FarmLand NFT at 120 Bigness and infinite capacity for $FEED growth.

FarmLand also provides space for your Chikn and Roostr NFTs to forage and uncover resources like gold, lumber, and precious in-game metals. These resources can be combined to build items to improve your farming, like a pickaxe that gives you a 3% boost of successful foraging.

Roostr NFTs also improve foraging by generating the third currency of the tri-token Chikn ecosystem: $FERT. Burning $FERT sends your Roostrs out to forage. It also increases the $FEED multiplier and enhances the resource yield of a piece of FarmLand by significantly increasing the chance of a successful forage.

They plan on creating a play-to-earn Coqfight game where players can battle each other's Roostrs.

Are Chikn NFTs a good investment?

Chikn NFTs offer two potential returns that could make them a good investment:

But Chikns also lay $EGG, which creates a passive income stream for Chikn farmers. The 10,000 Chikns laid 1 $EGG per day when released, corresponding to their 1 KG weight. But as farmers stake $EGG for $FEED and bulk up their Chikns, the birds lay more $EGG. 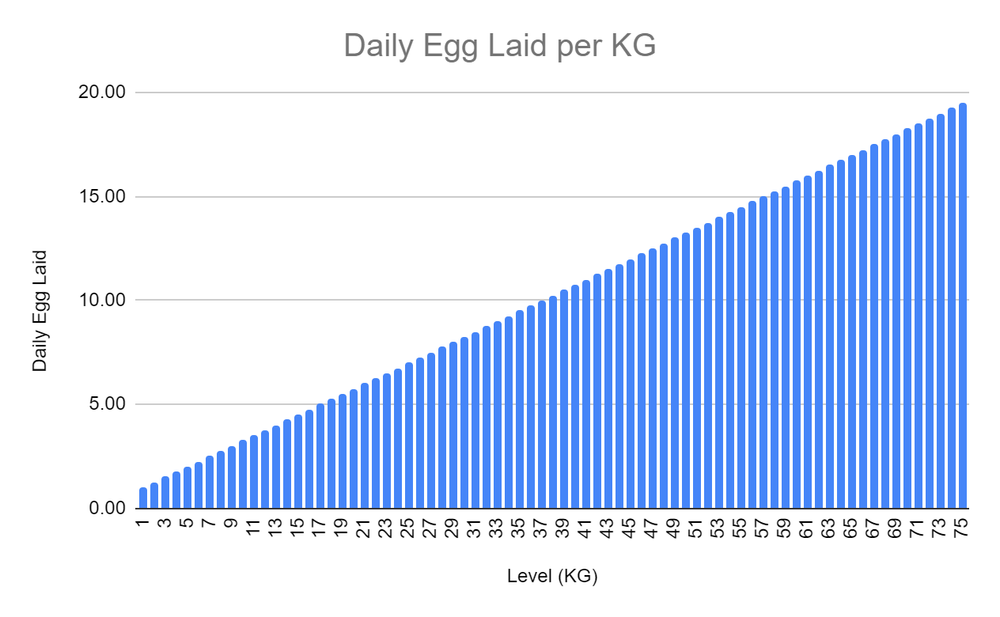 Chart of how the KG of a Chikn impacts its daily egg output. 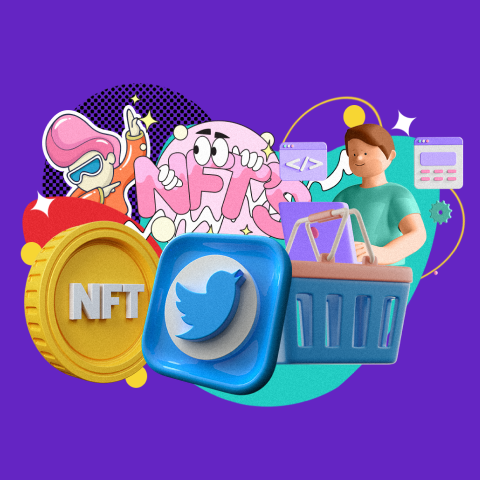 Just Doodling Around: Your Guide to Doodles NFT 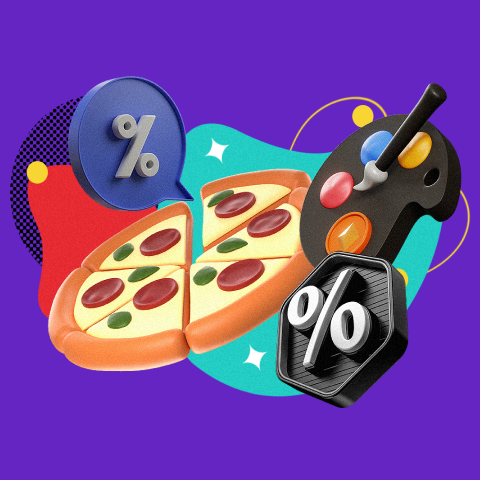 Are Fractionalized NFTs a Good Way to Invest? 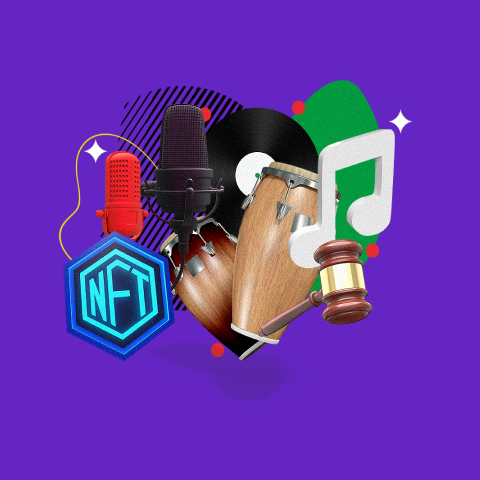 Music NFTs: A Way to Invest in the Nascent Web3 Music Space

When purchasing a Chikn, pay attention to the KG instead of the rarity and features. A neon green Legendary coq with a Viking helmet might look more impressive than a common Chikn, but rarity has no impact on egg-laying. A fancy Chikn with a low KG will produce less $EGG than a common but heavyweight Chikn.

Since $FEED is a finite token, the opportunity to plump up a skinny bird is shrinking. That makes purchasing a heavier Chikn a better investment than buying a smaller bird and trying to grow it with $FEED.

It seems a little silly to compare a 2,135% gain in the appreciation of the Chikn with an 18% loss in the S&P 500. This 2,135% gain doesn’t even take into account the egg-stra income or free FarmLand airdrop to Chikn holders.

Chikn vs. other NFTs

Wen utility? While it used to be okay to come out with NFTs that were just nice to look at, buyers demand more functionality these days. It almost didn’t matter what the utility is as long as the creator claimed utility was coming. Chikn Farm NFTs are one of the few projects that brought real utility, which puts it in the select group of web3 winners.

How do Chikns compare to some other NFT MVPs? Let’s take a look at Chikn Farm NFTs, Bored Ape Yacht Club, and Cool Cats to find out.

One thing to note about these comparisons is that each of these projects minted 10,000 pieces with different traits and rarities. The value and returns above only represent the minimum cost to get into each project according to the floor price at the time of writing. The most sought after of these could easily go for multiples of the floor prices used here.

Another thing to note is that these projects have gifted a lot of value to their holders in the form of passive crypto income, Metaverse land, and other NFTs, which have proven highly valuable on the secondary market.

How can you buy a Chikn NFT?

You can buy and sell Chikns, Roostrs, and FarmLand through the Chikn.farm marketplace. Once you connect your MetaMask wallet and fund it with AVAX, you can browse the NFTs for sale and make your purchases.

You can also visit an external market like Magic Eden or OpenSea. As of October 2022, Chikn prices on OpenSea range from 117 to 4,200 AVAX.

How can you invest in the Chikn ecosystem?

If you're not ready to take on a Chikn of your own, you can still put your money into the Chikn Farm universe. While these NFTs haven't made it to fractionalized investment platforms yet, apps like Public and Rally are expanding their offerings to include more NFTs. This means you can invest in NFTs for just a few dollars.

But you don't need a Chikn—or a fraction of one—to sow and reap the rewards of the Chiknverse. Purchasing FarmLand can give you a role in the Chikn ecosystem as a $FEED producer and seller. As you expand your land, you'll be eligible for future airdrops. And if the Chikn developers continue providing utility, you may be able to send third party NFTs out to forage for resources.

One thing's for sure: the scope of the Chikn Farm project has set high eggs-pectations for its future.