Is Investing in Avalanche a Good Idea?

Avalanche is the coolest new proof of stake crypto, but competing smart contract blockchains could cause AVAX to take a gnarly dip.

The problem with crypto being the ultimate democratizing force in the financial world is that few people know how to use it, and even fewer people know how it works. What's a better bet: Solana or Cardano? What the hell even is the difference between proof of stake and proof of work? Although these questions may pique the interest of some and bore the life out of others, the truth is that most people care less about how the sausage is made and more about how it tastes.

So, how do we increase crypto adoption if no one cares how they work?

The burning of Avalanche fees is an effective countervailing force against the issuance of new AVAX to validators and delegators.

The answer may not be lecturing people on the finer points of blockchain technology, but rather developing platforms that are easy to use and understand without compromising on innovation. One of the best examples of an innovative yet conceptually convoluted platform that was able to ramp up adoption through marketing and user experience is Avalanche. So, let's get into what makes Avalanche different from the other blockchains and whether or not Avalanche (AVAX) is a good investment.

What is Avalanche crypto?

Avalanche is an open-source Ethereum-compatible decentralized finance (DeFi) platform designed to be scalable, interoperable, and customizable. The Avalanche ecosystem is governed by the proof of stake Avalanche Consensus Protocol, and the Primary Network consists of three main blockchains: the P-chain, the C-Chain, and the X-Chain. Assets can be transferred freely between the blockchains, but each of them has a different role in the Avalanche ecosystem.

First, the P-Chain or Platform Chain is the central coordinating blockchain of Avalanche validators. Validators are computer nodes tasked with securing the network by confirming individual transactions and storing them on the blockchain. Setting up a validator requires staking 2000 AVAX—which is the native coin of Avalanche—and validators are rewarded in new AVAX as long as they remain online at least 80% of the time. Avalanche is one of the best proof of stake cryptos because delegators only need to stake 25 AVAX to get rewarded nearly as much as validators.

Additionally, P-Chain has the role of creating and maintaining subnets. Subnets are a set of validators that work together to achieve consensus on the state of one or more Avalanche blockchains. For example, the Primary Network is technically a subnet used to secure the three main built-in blockchains. The P-Chain allows any set of validators to form their own blockchains within the Avalanche ecosystem which both increases network scalability and enables the formation of private blockchains for enterprise applications.

More on the Metaverse

Be Straight With Me: What Is an Algorithmic Stablecoin?

The most notable feature of the C-Chain is that it runs on the Ethereum virtual machine (EVM). Basically, EVM compatibility enables interoperability between the Avalanche and Ethereum ecosystems. Specifically, this allows users to transfer ERC-20 assets between the Ethereum and Avalanche networks as well as access their C-Chain wallet through browser extensions like MetaMask.

Finally, the X-Chain or Exchange Chain is the blockchain dedicated to the creation, transfer, and exchange of assets within the Avalanche ecosystem. Although Avalanche's main asset is the AVAX coin, the protocol also has a native standard for creating new tokens such as stablecoins. Avalanche Native Tokens (ANTs) are fixed or variable-cap fungible assets created on the X-Chain.

In addition to the three built-in blockchains, the Avalanche protocol also allows for a dynamic set of validators to muster their resources to create their own blockchains. Validators who come together to form subnets can then create private or public blockchains for specific purposes or enterprises. Subnets make Avalanche great for institutional adoption because they allow organizations to form permissioned blockchains that leverage the interoperability and scalability of Avalanche.

Unlike other smart contract cryptos, the AVAX price action has been resilient after the late-2021 bull run. While AVAX is not immune to dips in the crypto market, the price has suffered less in bearish times due to the high demand for low-fee smart contract platforms. Additionally, Avalanche's intuitive crypto wallet web interface and interoperability with Ethereum have made AVAX one of the top competitors to ETH.

Why AVAX price can go either way

The AVAX price is currently experiencing both upward and downward pressure. On one hand, all Avalanche transaction fees are burned, meaning some AVAX is taken out of circulation each time someone transacts on Avalanche. The burning of Avalanche fees is an effective countervailing force against the issuance of new AVAX to validators and delegators. On the other hand, AVAX has an aggressive vesting schedule—with the next one due to unlock this month—and the Avalanche Foundation is the largest single recipient of AVAX tokens with about 10% of the total supply. The foundation's lack of transparency regarding the AVAX vesting schedule and tokenomics is concerning, especially coming from a U.S.-based entity.

Is Avalanche a good investment?

The average crypto holder looking to get into DeFi should definitely consider investing in AVAX. The Avalanche network is the fourth biggest smart contract blockchain with a total value locked exceeding $10 billion. Moreover, Avalanche hosts the fifth largest DeFi ecosystem with over 184 protocols on the platform. In spite of AVAX's strong price support at around $50, Avalanche's accolades aren't all too impressive once we consider the other smart contract platforms it is competing against.

While Avalanche is a fairly accessible and low-cost network, having three blockchains will always be more complicated than having just one, regardless of how well-designed the user experience is. Because Ethereum layer-2 networks like Fantom and Polygon function almost identically to Ethereum, their barrier of entry is lower for users that are unfamiliar with using blockchains.

Notably, both Fantom and Polygon host more DeFi applications than Avalanche, but the FTM and MATIC tokens are significantly smaller than AVAX. The total value locked in Avalanche's ecosystem is catching up to Binance Chain's and could outgrow it soon. Meanwhile, LUNA is almost twice the size of AVAX. This indicates that Avalanche may replace BSC as the DeFi blockchain of choice, but it's probably going to stay at third place behind Terra since UST is quickly becoming the stablecoin minting standard.

Where can I buy Avalanche?

One thing Avalanche excels at is packing such a conceptually complex network into a neat user interface that's intuitive and easy to use, even for crypto noobs. The adoption of Avalanche was driven significantly by centralized exchanges enabling AVAX withdrawals directly to C-Chain wallets early on.  The interoperability and EVM compatibility of the C-Chain is the reason why Binance and Coinbase were able to integrate AVAX withdrawals just one year after Avalanche launched.

Coinbase is one of the top U.S. exchanges where AVAX can be traded. Coinbase allows you to buy, sell and trade AVAX, BTC, ETH, and hundreds of other cryptos. A new feature recently launched by Coinbase called Advanced Trading introduces new trading pairs and lowers trading fees. If you're looking for a quick way to begin participating in Avalanche's DeFi ecosystem, Coinbase is one of the fastest ways to buy AVAX and get started.

Earlier this year, Ethereum co-founder Vitalik Buterin posted a tweet that sent verberations throughout the crypto community. To paraphrase, he argued that the future of blockchain interoperability is multi-chain rather than cross-chain. While Buterin's criticism of the inherent security flaws of cross-chain bridges was seen as fear-mongering by many, his worst fears came true when the wormhole bridge connecting Ethereum to Solana was hacked to the tune of a $320 million loss. Do you agree with Buterin's vision for blockchain interoperability? 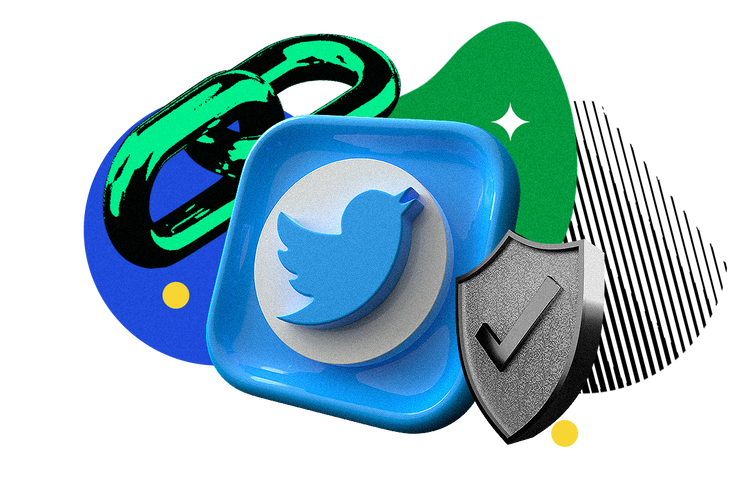