Crypto Noobs to the Moon: These Bitcoin Bots Trade Cryptocurrency for You, No Coding Necessary 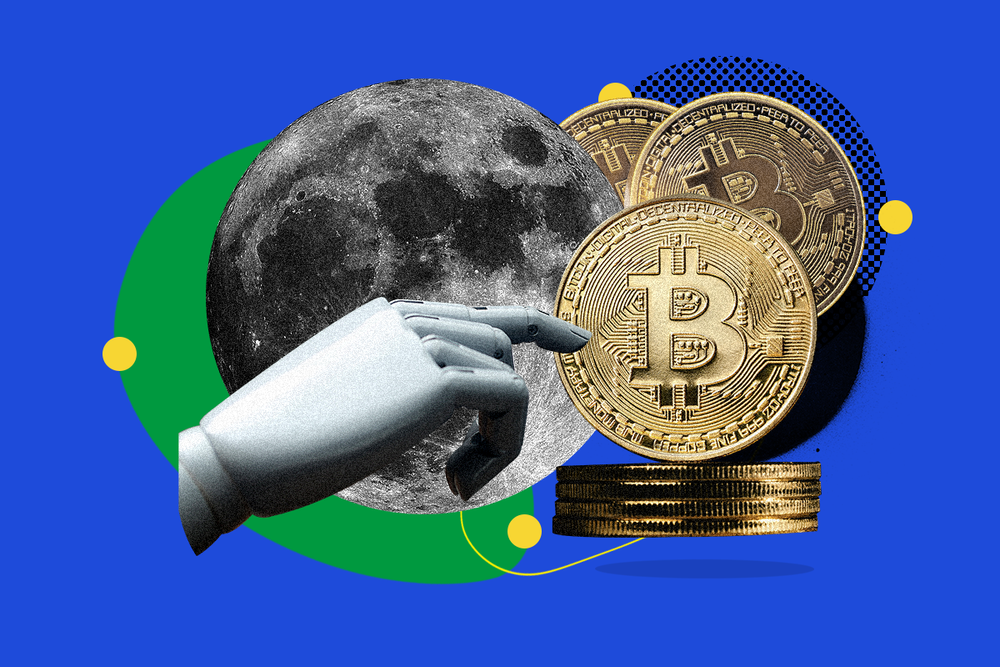 Instead of looking back in 2030 and thinking "If only I'd invested in Bitcoin 10 years ago…," get started today with a crypto bot that will hold your hand through all the dips and peaks.

Brought to you in partnership with Coinrule

In late 2011, Wired Magazine published an article titled "The Rise and Fall of Bitcoin," which detailed the "short and volatile life of Bitcoin." At the time of this supposed end of bitcoin's rope, one Bitcoin was worth about $2. A decade later, its value soared to over $50,000—well above the $10,000 "ceiling" many thought the world's first cryptocurrency would never shatter. Now that it's worth about 1,690x what Wired referred to as Bitcoin's peak 10 years ago, does a ceiling exist?

Some analysts believe Bitcoin could hit $500,000 by the end of the decade, while others say the coin has already surpassed its ceiling and anyone trying to hop on the ride is unfortunately too late. The latter camp often turns to investing in "altcoins"—alternatives to Bitcoin—buying Ethereum instead, (crypto's up-and-coming favorite), or stockpiling the meme-coin known as Dogecoin.

You can turn on notifications for Elon Musk's cryptic tweets and try to figure out which coin he's going to send "to the moon" next, but in the end, it's all speculation. The only thing that's not up for debate when it comes to cryptocurrency is its volatility, which is even more pronounced than some of the stock market's worst moments. When the infamous Enron scandal went public in 2000, the company's stock plummeted from $90 to $12 per share—an 86% decrease—in one of the most dramatic drops in stock market history. When Bitcoin tanked in 2011, (the same drop that Wired called the end of the cryptocurrency's lifespan), it lost even more of its value—over 90%.

Despite taking a smaller hit to its share price percentage-wise, Enron went bankrupt. Meanwhile, Bitcoin has gained 2,399,900% in value since its near-fatal crash.

Active traders, or investors who buy and sell assets on short time frames to try and make a quick buck, thrive in volatile environments. That's because trading is all about exploiting sudden price drops and surges to turn a near-instant profit. Bitcoin can lose or gain thousands of dollars in value over the course of one day. If you time it right, you can make a living off of buying and selling various cryptocurrencies on a daily basis. Below is an example using the real value of bitcoin on August 25th, 2021.

You just made over $4,000 in a day. You can cash that out and reinvest the $100,00 the next day, buying during another dip and selling when it rises. If you keep this up on a daily basis, you'll be making $1.46 million a year day trading crypto.

Of course, you do have to be at your computer at odd hours of the day and night, constantly tracking the value of Bitcoin. You also have to have enough knowledge to develop a strategy that informs when it's best for you to buy and sell...unless you have a crypto robot that can do it all for you.

Crypto bots make it easy to buy and sell at a profit, even if you're a bit of a tech granny

Aggressive cryptocurrency trading (and the profits that can come from it) is traditionally reserved for "crypto nerds'' who treat Reddit-surfing like a full-time job and know how to code. With enough techie know-how, it's possible to program your own trading strategy, creating an algorithm that buys and sells for you according to whatever rules you set up. That way you can trade automatically, even while you sleep.

If Python means "giant snake" to you and not "advanced programming language," this probably isn't a strategy that will work for you. You could finally try to get through that online coding 101 course you signed up for during quarantine, but thanks to crypto bots, it's not really necessary anymore.

Much like robo advisors were created to help people start trading stocks, there are now crypto bots that automate cryptocurrency trading—and not a single line of code is required. Platforms like Pionex, Cryptohopper, and Coinrule make it easy to automatically buy and sell various cryptocurrencies throughout the day. You set up rules (or use one of their strategies) for when the bot should buy or sell so that you don't have to worry about hitting refresh on your crypto every five minutes to make sure it hasn't tanked.

For example, you could set the crypto bot to buy bitcoin if the price drops 5% and sell bitcoin if the price rises 5%. Leave it running while you sleep, and you could be raking in some solid passive income on a daily basis. Even if you do already know how to trade, the ability to keep your trades going 24/7 and take advantage of price drops and surges that happen in the middle of the night greatly increases your chances of raking in high returns.

Some crypto bots automate everything for you, making them easy to use but a little too one-size-fits-all. Others allow you to create your own rules from scratch, so you can personalize them based on your goal and risk tolerance, but those require more technical knowledge.

Coinrule is one of the few that's both easy to use and customizable. Think of it as legos for your crypto. Your legos box comes with a fool-proof booklet that shows you exactly how to build dozens of different things. Once you get the hang of it, you can even go rogue and build your own creations without instructions.

Similarly, Coinrule comes with hundreds of rule templates to choose from that automate your trading based on different strategies. Popular ones include:

You can even set up your own custom algorithms without using a lick of code. Instead, they have a drag-and-drop menu that lets you build your own strategy. For example, you can tell the bot, "If Bitcoin has a price decrease of 10% from the current live price, then buy $25 of that coin."

It's possible to create increasingly complex rules and continue refining them as you figure out what does and doesn't work for you—and you don't even have to use your own money as the guinea pig. Coinrule has both a "demo" and a "live" mode, and in demo mode, you can set up rules and watch them play out with fake money. Once you've found a rule that's reeling in the coins, you can go live with it.

The benefits of using crypto bots over DIY trading

These bots don't just offer you extra hours of exposure to the market by running while you sleep. They also take your emotions out of the trading equation, which might be even more valuable than being able to scan the entire crypto market in seconds. No matter how hard you try to stick to a strategy, it's easy to let emotions like fear and hype get the best of you when investing. Crypto bots are able to execute trades based purely on data (and a lot of it—more than you'd be able to gather on your own).

Plus, practice makes perfect. Playing around with various trading strategies, (whether in demo mode or with your own hard-earned cash), is the best way to fine-tune your crypto skills. It's time to stop scrolling through hours of Reddit rants and raves about the future of cryptocurrency and start learning by doing.

As cryptocurrency becomes more widely accepted, it will only go up in value. Meg Thee Stallion giving away Bitcoin to her followers and Akon attempting to build an entire Senegalese city powered by his own cryptocurrency seem like clear signs that crypto is going mainstream. Get started now so you're suited up and prepped for the next crypto coin's trip to the moon.

Because Bitcoin can be created at any time, its unlimited supply means it will eventually become worthless. 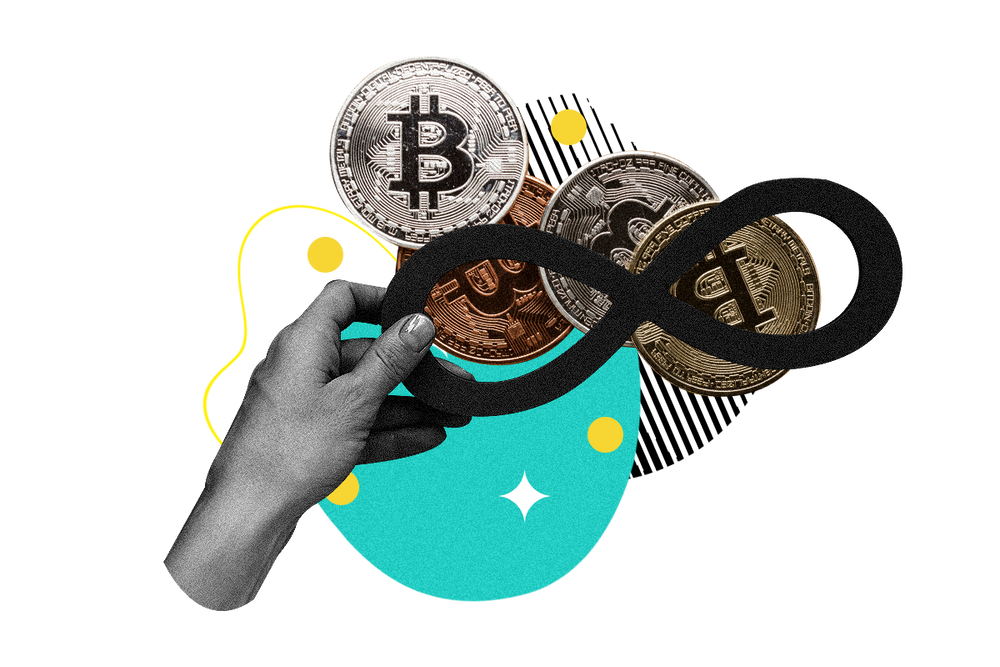