Web3 Arcade: A Guide to the Gala Games Ecosystem 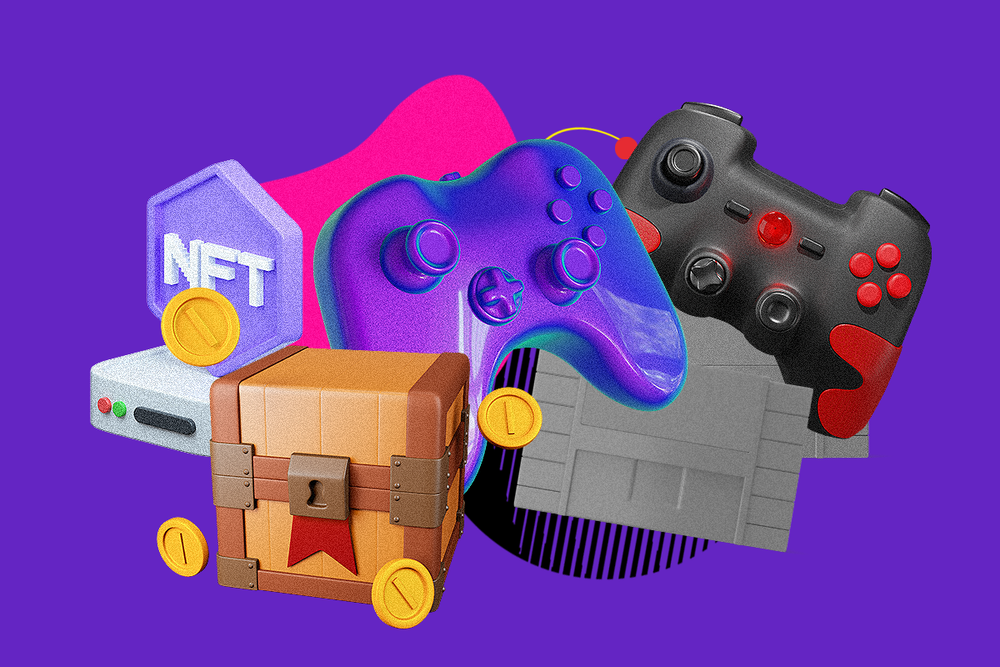 Metaverse is either a fad or the future, depending on who you ask. But can blockchain beat the hundred-billion-dollar gaming industry?

Gaming and investing may look like an unlikely pair of hobbies, but they're more similar than you might think. In video games, you collect currency, level up your character, upgrade your gear, and venture out for greater treatures. The only thing investors are missing is an experience bar that fills up and unlocks "Wolf of Wallstreet Chest Pound."

Though an old-school gaming geek might prefer collecting retro video games and consoles, the metaverse has overtaken investors.

There's very little information about the design of the P2E structure and how it works, which is a concern considering it's the crux of what brings value to Gala.

Peak NFT-mania has died down as the bear market kicked in, so more web3 investors are looking at what's on the horizon. One of those things is Gala Games, a fledgling blockchain ecosystem laying the foundation for triple-A web3 gaming.

What is Gala Games?

Gala Games is a blockchain gaming network for play-to-earn (P2E) games and a collectible NFT marketplace. The idea of Gala Games is to introduce decentralization to the video game industry, but players can think of it as the Epic Game store but with crypto. The Gala Games ecosystem is different than Xbox Live because it's supported by a network of 50,000 nodes that keep it secure and decentralized while getting rewarded in GALA tokens.

GALA is the native token of the GALA games ecosystem and is used for trading NFTs in the Gala Games store and as an in-game currency. You can get rewarded in GALA by running a founders node, but you can't stake GALA since it's not a proof of stake crypto.

GALA is easily one of the top 100 cryptocurrencies by market cap at and trades on exchanges like Coinbase, Kraken, and Gemini. And at just per token, GALA is one of the biggest 'penny-cryptos.'

Is GALA a good investment?

Gala is at around the same pricepoint as TRON and DOGE. The biggest drawback of GALA is that it has limited utility outside of incentivizing founders nodes. While the native Gala Games token is the primary currency for buying NFTs, the marketplace also lets you use ETH and BAT. The only other thing you can do with GALA is HODL and wait for Web3 gaming to take off, but don't hold your breath. 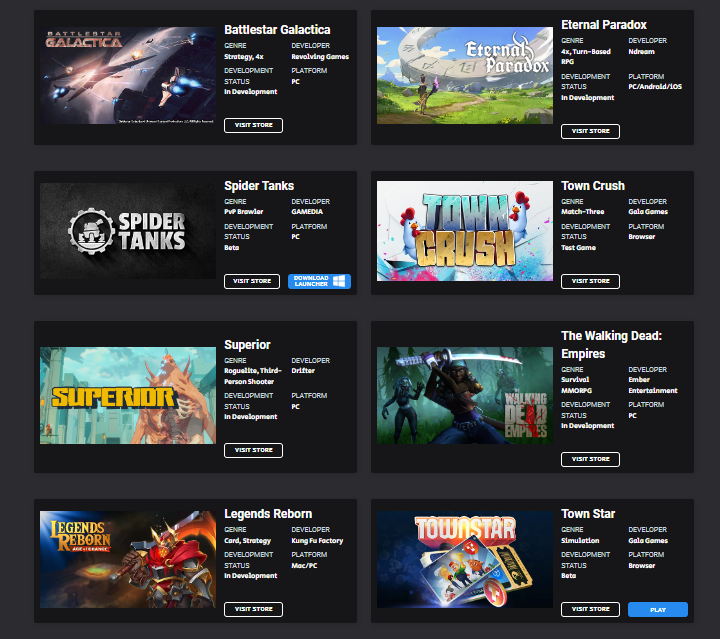 Buying GALA tokens is a wildly speculative investment considering that Gala Games currently has just two games available to play, and even those are in beta testing. Aside from them, Gala has 12 more games in development or testing. The Gala Games ecosystem is shaping to be an ambitious project that hangs on how the quality of these games turns out.

Ultimately, the biggest concern isn't whether or not Gala's games are good or even playable, but how well designed their economics are. The secret ingredient to game development is time— the gaming industry learned this the hard way after rushing development cycles with short deadlines that produced unfinished games (Ehm Cyberpunk Ehm). It could take several years before the Gala ecosystem and token take off.

It's actually better for GALA investors that the Fantasy RPG Mirandus and the Wild West game GRIT will take longer to develop because they'll ultimately offer a better gaming experience. It also gives time for Gala Games titles to generate hype and sell their in-game NFTs. Most importantly, all the value of a free game comes from the in-game economy of tokens and NFTs, which is a win-win that helps directly support developers and benefits GALA holders.

One thing that sets Gala Games apart from metaverse projects like Sandbox and Decentraland is that they're targeting a mainstream gaming audience. Gala puts gaming first and blockchain second, so the emphasis is always on the gameplay experience and not the NFTs. Gala is doing this by launching GRIT on the Epic Games store and partnering with popular franchises like Battlestar Galactica.

Gala Games' flagship title is Town Star, a P2E farming simulator where players build a farm, complete challenges, and gather points. Town Star was developed by one of the co-founders of Zynga, which explains why it's a lot like Farmville. Town Star has its own NFTs, and players use the TOWN token to monetize their gameplay. But, they stopped minting new TOWN tokens in response to complaints about high inflation (deja vu). 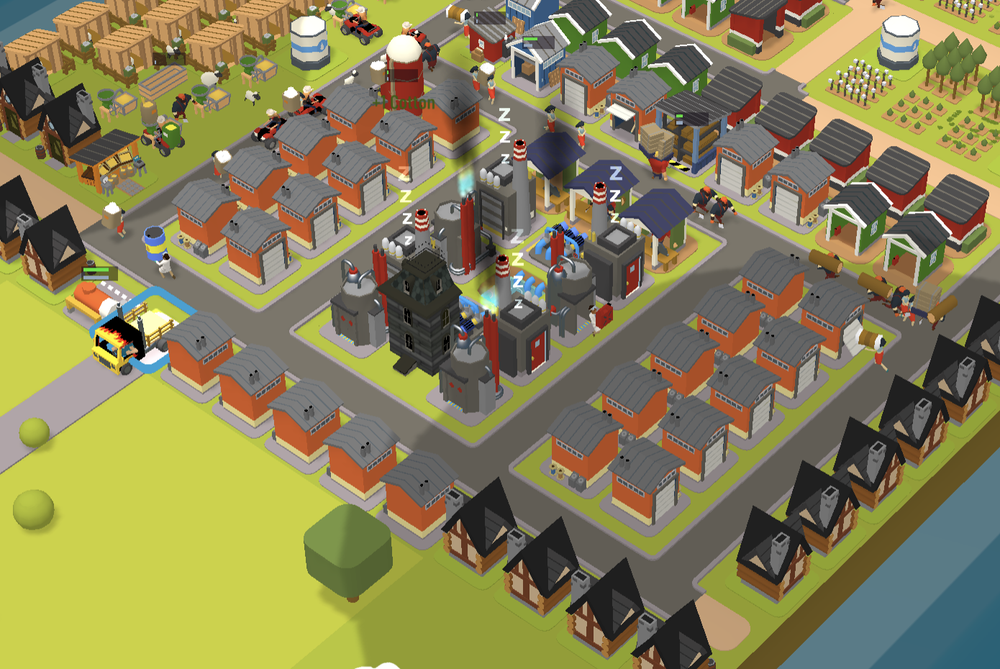 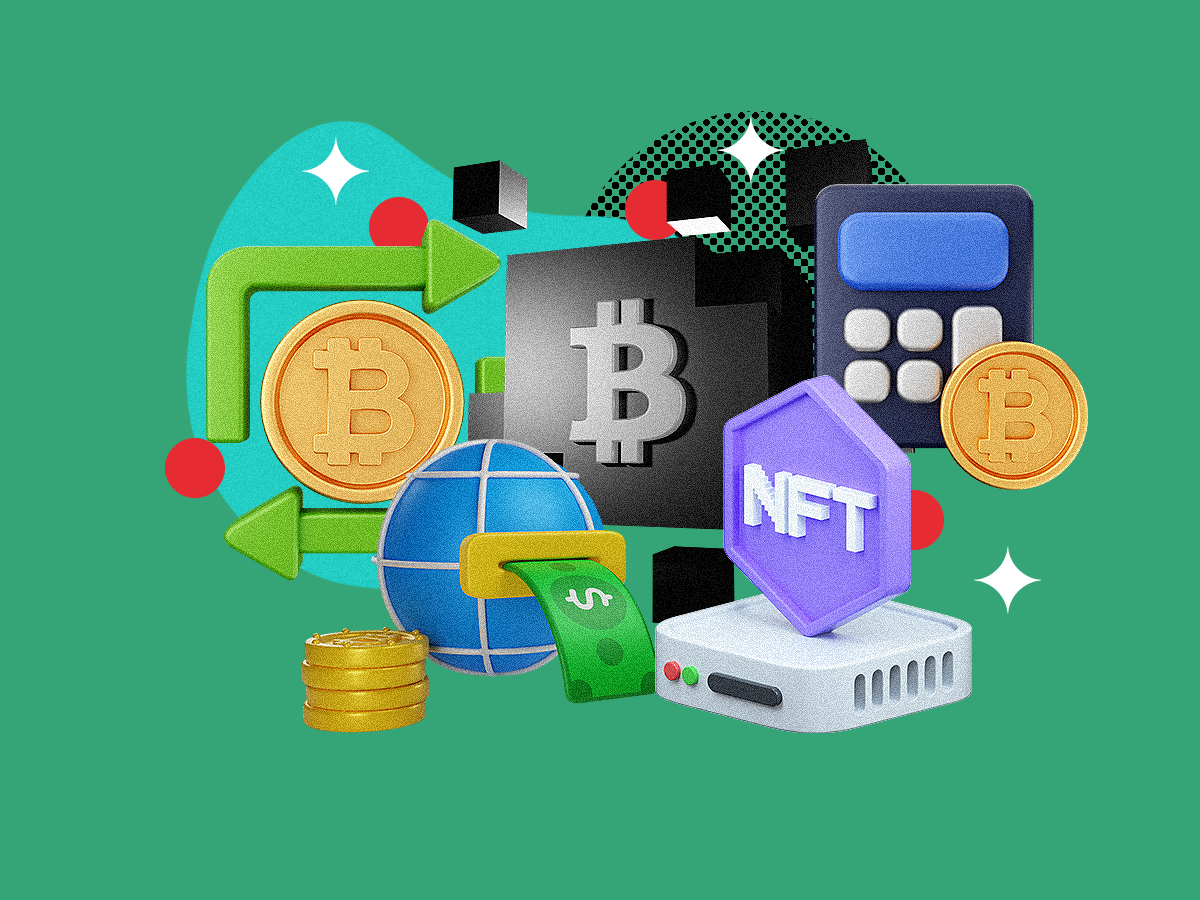 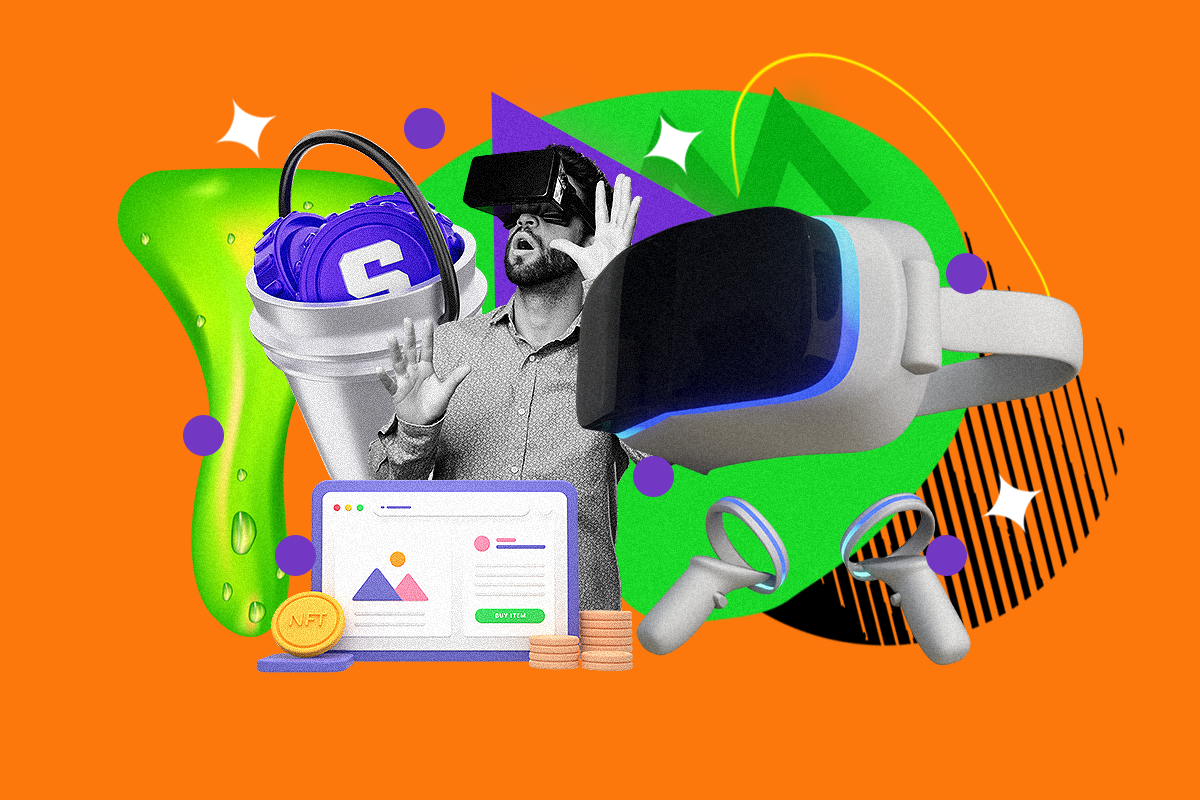 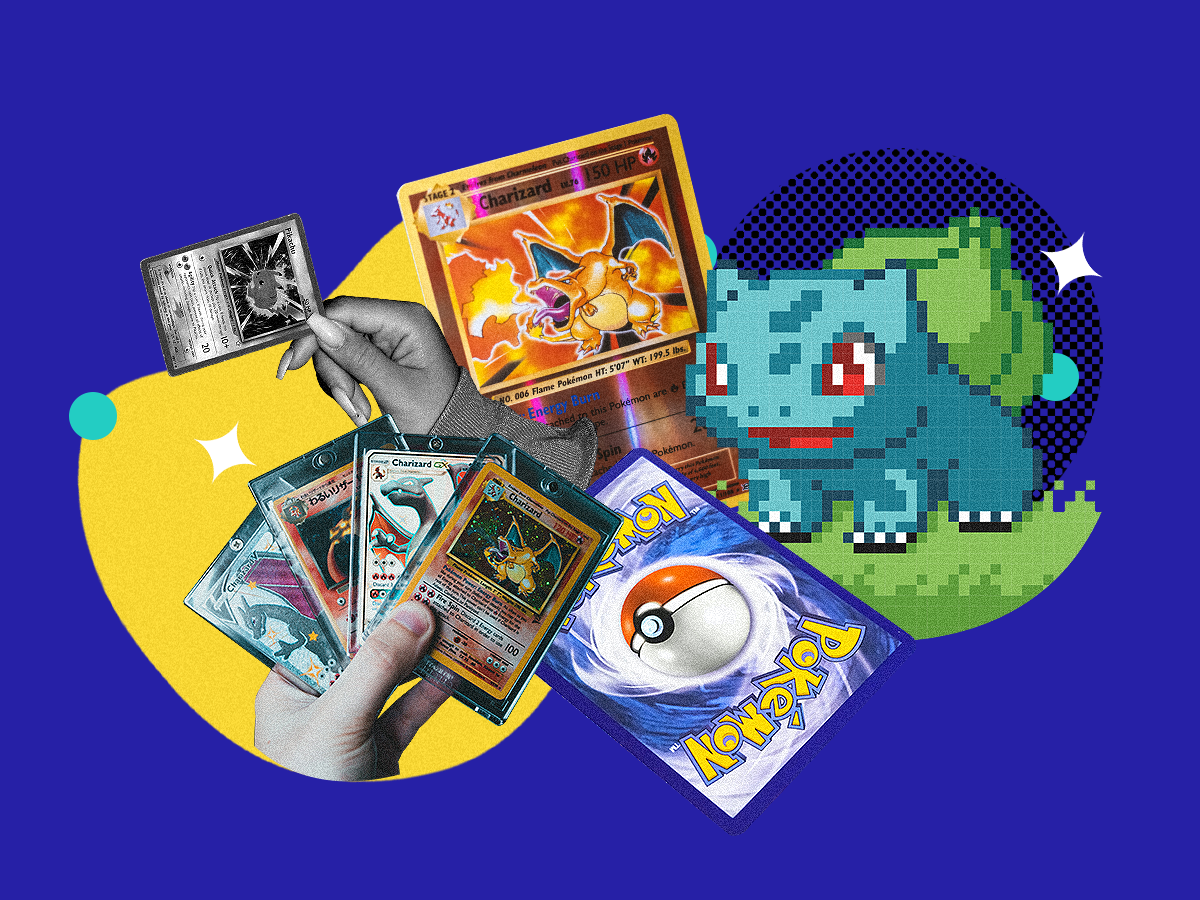 Gotta Catch’Em All: Are Pokémon Trading Cards a Good Investment?

While the simulator game genre is popular, it's uncertain if Town Star's in-game economics are viable. Though freezing TOWN minting shows that the developers are paying attention, it sews doubt into whether P2E ecosystems are sustainable and scalable in the first place. Town Star looks more fun and well-designed than most other crypto games so far, but how the incentive structure of this new ecosystem works is still up in the air.

Another Gala Games title that shows promise is a third-person cowboy shooter called GRIT. Though GRIT is still in development by Team Grit, what makes it unique is that it's the first web3 title to launch on a web2 video game marketplaces like Steam and the Epic Games store. This was a smart move by Gala because placing it where many people already download popular video games makes GRIT more accessible than other blockchain-based games. 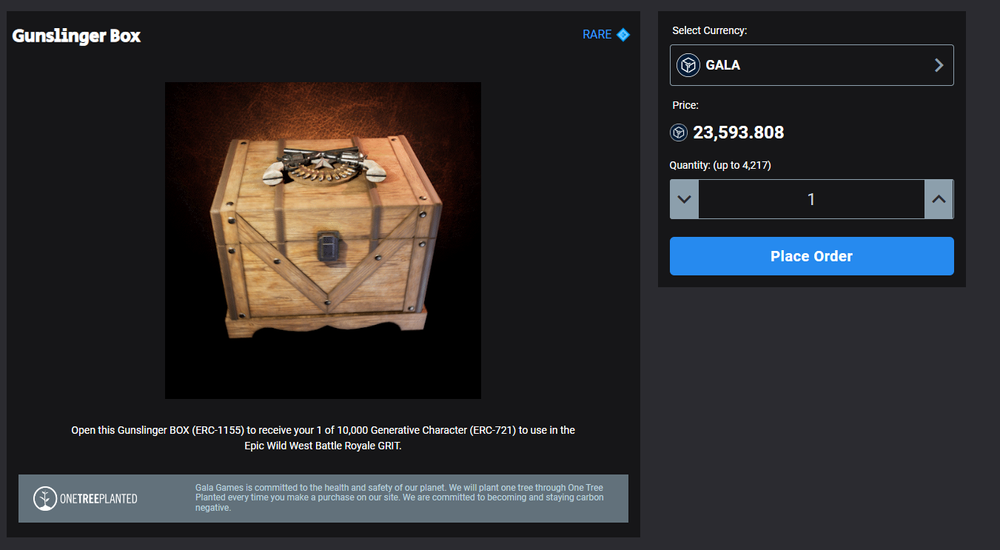 With the immense popularity of the battle royal play modes in Fortnite and Call of Duty, GRIT could be at the forefront of seamlessly introducing blockchain to video games. GRIT was developed using the Unreal Engine and will have realistic physics, making it look like a cartoony version of Red Dead Redemption. Players can already buy the Gunslinger Box NFT in anticipation of GRIT, but the game will release sometime this year with no exact date. 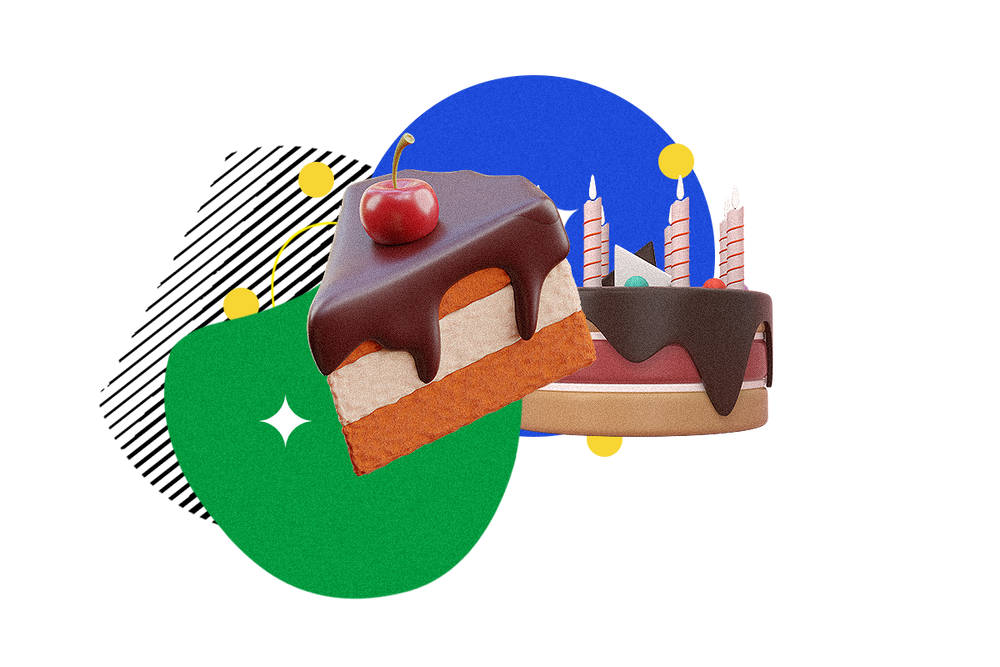 The Cake is a Lie

The company's upcoming launch of The Walking Dead Empires could be Gala's biggest one yet. The Walking Dead Empires is a top-down survival MMO—based on the titular AMC series—where players can scavenge for NFTs in a post-apocalyptic landscape swarming with zombies. Walking Dead NFTs are already available on the Gala Games marketplace, so only time will tell if the latest marriage of pop culture with web3 will succeed. 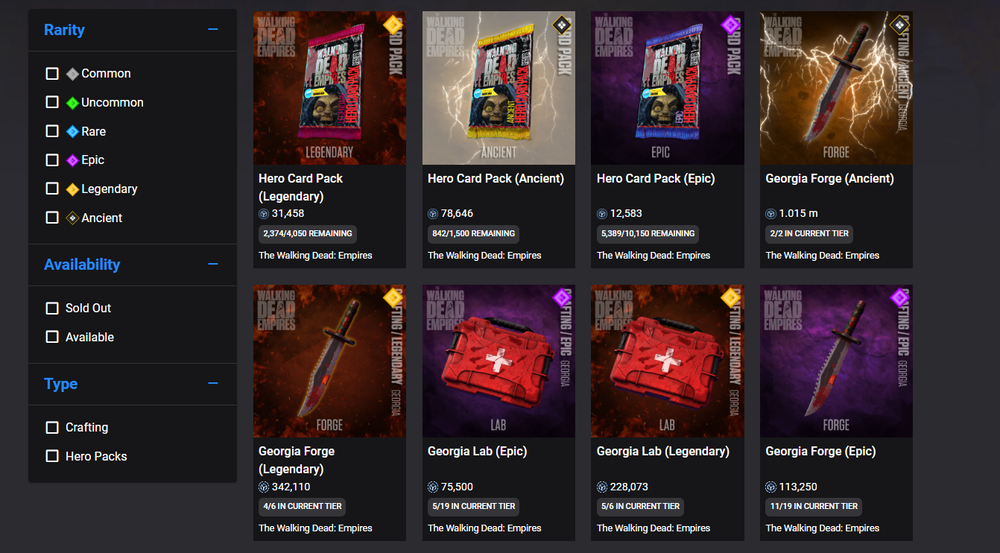 Though Walking Dead is a popular series that is sure to muster a player base, the real question is how these new games will benefit the Gala ecosystem and its stakeholders. There's very little information about the design of the P2E structure and how it works, which is a concern considering it's the crux of what brings value to Gala.

Gamers haven't been super receptive to NFTs creeping onto their turf, as in-game monetization is one of their biggest taboos. Gala is taking a massive gamble on the future of blockchain gaming, so it's up to you if you want to bet behind them or wait and see if web3 games are all they're cracked up to be.