The Emperor's New Crypto: A Deep Dive into HEX and its Founder's Scam-Filled History 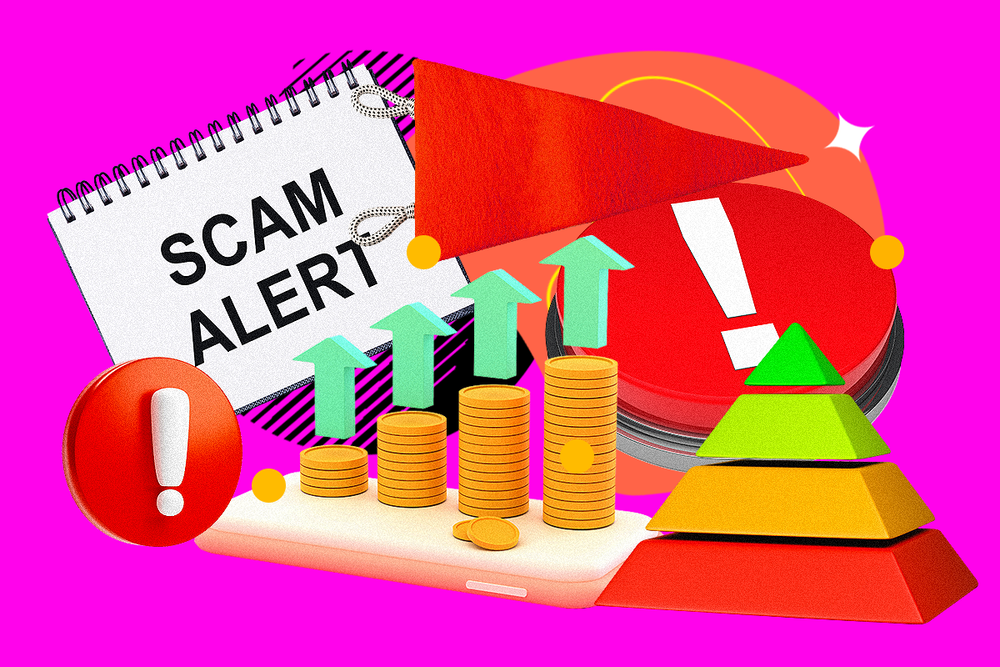 HEX crypto has been called a scam and a Ponzi scheme, and a closer look at founder Richard Heart and the coin's history suggests that might be true.

HEX crypto has become one of the most polarizing blockchain assets since it launched in December 2019. The HEX crypto price peaked last year despite HEX coin being absent from listings on most major crypto exchanges. Adding to the confusion, a recent class-action lawsuit accuses leading cryptocurrency ranking site CoinMarketCap of freezing the ranking of the HEX token as a way of suppressing its price just as the coin began to skyrocket.

Gatekeeping has clearly posed a challenge to HEX’s ability to raise awareness, broaden accessibility, and increase adoption. Thus, the significant success HEX has had — albeit superficial — is owed largely to the aggressive marketing strategies practiced by HEX founder Richard Heart.

The HEX token is marketed as the first blockchain certificate of deposit (CD), which may sound harmless enough. So how has a cryptocurrency modeled after one of the oldest consumer products offered by banks become so controversial? For starters, HEX models itself like a CD while not being one, at all.

What is HEX crypto?

HEX is an Ethereum token marketed as the first Blockchain Certificate of Deposit (CD) that can yield an average of 40% interest per year. To earn interest, users choose to “stake” HEX for a period ranging from 1 day to about 15 years. For every HEX a user stakes they receive a hundred million shares which represent principal plus interest earned minus penalties. Bonus shares are awarded to users who commit to longer stake periods, thus incentivizing them to lock up their HEX for longer.

Usually, a cryptocurrency that is staked is sent to a validator that processes transactions and works to secure the network in exchange for getting awarded new tokens. This system of delegating tokens to validator nodes is a proof-of-stake system, like Solana, as opposed to a proof-of-work system, like the one currently used by Bitcoin and, historically, Ethereum.

Staking is a voluntary incentive for users to hold their HEX, but it is also intended to be a mechanism to create the scarcity that drives up the price of HEX. HEX that is staked is actually burned, meaning that shares are not backed by HEX stored somewhere else. Rather, shares are a representation of how much HEX can potentially be redeemed as long as there are no penalties for withdrawing too early or too late.

The catch here is those penalties: Users who don’t unstake their HEX on time receive a weekly penalty. Two weeks after their stake ends, users' total shares are reduced by 1% each week. This means that users who forget to unstake for an entire year lose 50% of their total shares, and users who forget for two years lose their investment.

Users are also penalized if they unstake too early; Staking for under 180 days means your principal is locked for 90 days, while those committed to stakes 180 days or longer must complete half of their staking period to withdraw their full principal. Half of all late and early withdrawal penalties are distributed proportionally among all other stakers, and the other half goes to the origin address.

What is the origin address?

The origin address received a copy of all early signup and referral bonuses for the first year and continues to receive half of all penalties accrued by users for ending their stakes too early or too late. On top of all the kickbacks sent to the origin address, this structure by default grants the origin address privilege of staking and unstaking without penalties. The lack of transparency and accountability in how the origin address is controlled sets it apart from similar enterprises.

Where the ground beneath HEX crypto begins to fall…

While the facts connecting HEX’s activity to reality are unclear, chain analysis reveals troubling facts about the project. Firstly, analyzing the distribution of HEX among its first 100,000 holders shows how much each address holds and from which addresses they were funded. Out of the first 100,000 addresses to hold HEX, 55,617 hold exactly 100 HEX, all funded from a single address. 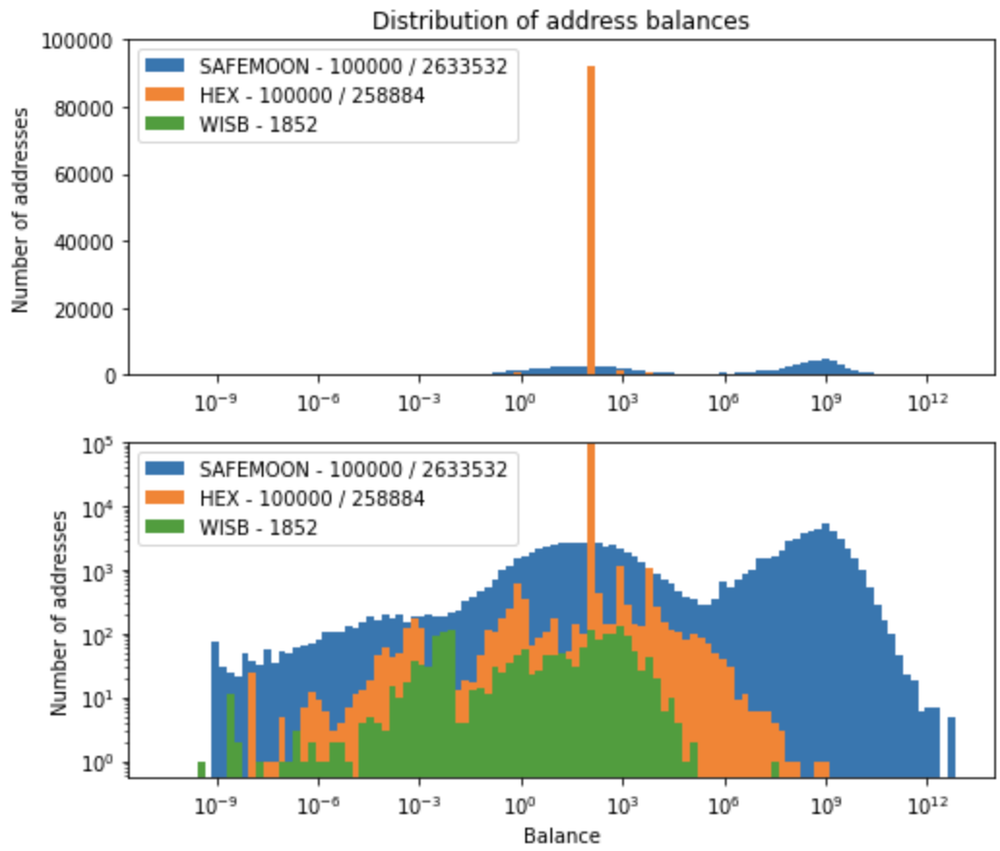 This is a sign of a concerted effort to generate such a high number of unique addresses holding HEX. Although data reflected on the blockchain generates the appearance of more HEX users, the reality is that the same address was discovered to have distributed amounts of 100 or 101 HEX to over 173,000 unique addresses on June 27, 2020.

If a single address distributing HEX to many unique addresses is concerning, then a closer look at the top 500 HEX holders is damning.

In addition to 200 accounts holding billions of HEX all with gas fees funded from a single account, all 150 of the top HEX token holders were created on the same day and funded by the origin account. Taken together, on-chain data proves that the vast majority of HEX is controlled by very few people, perhaps even an individual.

Who is behind HEX? Richard Heart's backstory

While some of HEX’s former developers have come forward, the founder is the only person officially representing the project who has publicly discussed it. Richard Heart burst onto the cryptocurrency scene as a bitcoin maximalist seemingly out of nowhere. We know little about Heart before he created HEX and fostered a cultlike following—which he refers to as “Hexicans.”

Richard Heart was born Richard J. Schueler of Broward County, Florida. Upon graduating from Nova High School a year early, he finished two years of college before starting to work at his father's air conditioning company. After suffering a dental injury, Schueler began selling stereo equipment to pay for an expensive tooth implant surgery. He was so successful selling stereo equipment that he opened Audio Ecstasy in Fort Lauderdale.

Meanwhile, a friend of Schueler introduced him to a profitable hustle that started his new career: professional spammer. Under the guise of “selling shopping cart software and internet marketing services,” Richard was actually profiting from sending millions of emails, namely advertisements for erectile dysfunction pills, from Audio Ecstasy. Schuler was found guilty of violating Washington state spam laws and moved to Panama in September 2004, where he continued to operate for over 2 years.

Why does any of this matter? Well, Richard actually conceived HEX long before Bitcoin existed. The idea began as a distributed computing initiative that uses multilevel marketing to get people to “donate their computer's idle time.”

Richard’s background in spam marketing has informed much of the strategies that have made HEX so successful.

From its very inception, the HEX project has relied on emulating the success of its predecessors. This can even be seen in the project’s original name: BitcoinHEX. It predates Crypto.com as one of the biggest cryptocurrency marketing campaigns in history. 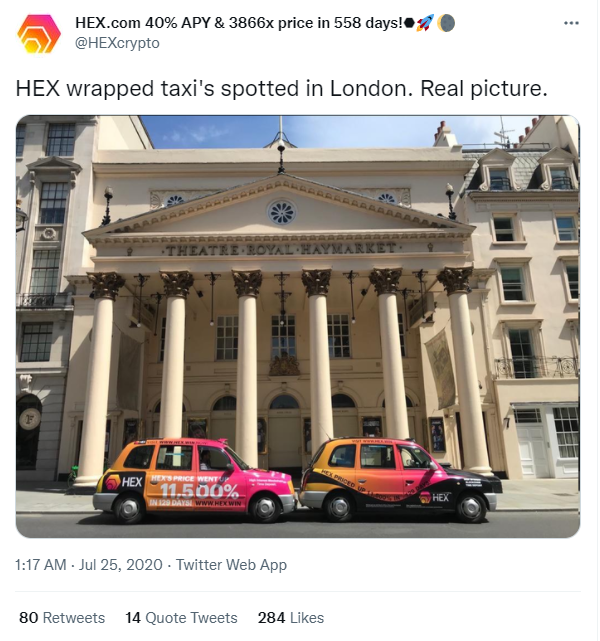 Giant screens in NYC, double-decker buses in London, billboards beside highways, and even The Economist featured advertisements spreading the word of HEX. Many who received physical spam letters from HEX accuse the project of utilizing personal information sourced from consumer records hacked from the Ledger company in December 2020. 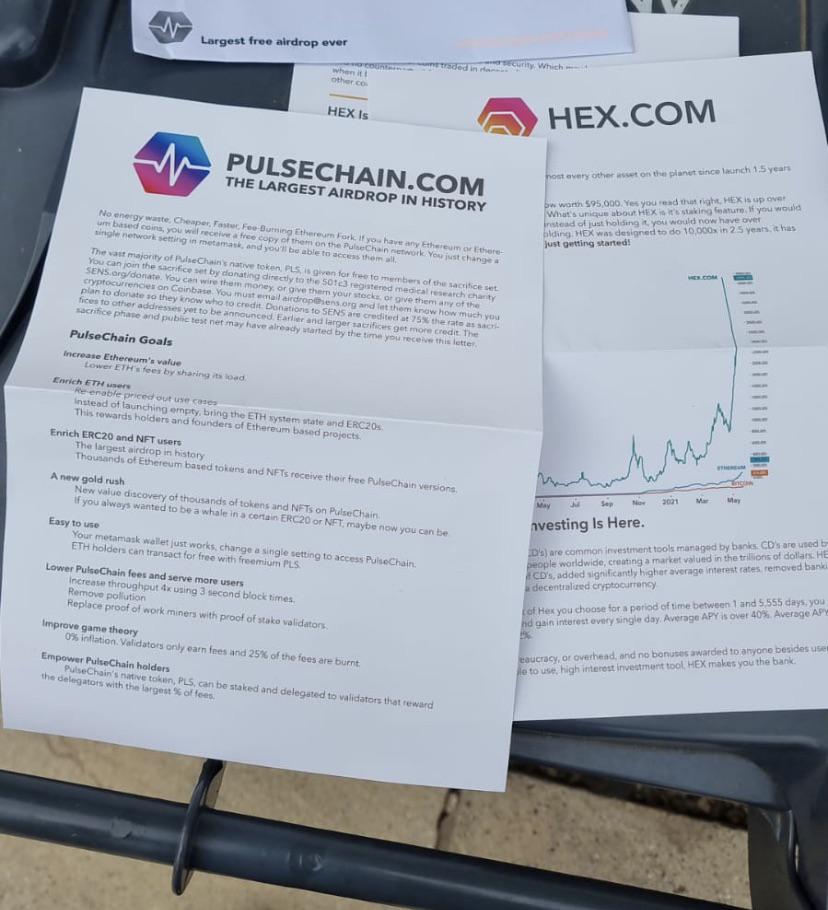 So, is HEX a scam a Ponzi scheme? Perhaps a type of cult? Your intuition should be raising all the red flags, but Heart knew that most people will objectively conclude that it’s best to stay away from HEX. That is why he crafted precisely worded language on HEX.com for the express reason of absolving him of any liability, accountability and responsibility having to do with HEX.

So is HEX crypto a scam?

Heart claims to have designed HEX to look like a scam in order to lure users away from actual scams. In fact, HEX.com’s FAQ has an entire section dedicated to answering questions like “Is this a Ponzi?”, “Is this a pyramid scheme” and “Is this a scam?”. HEX.com also wants users to know it’s not an initial coin offering (ICO), either, and offers a detailed disclaimer that explains how it fails every criterion of the Howey test.

The Howey test was created by the supreme court in 1946 to determine whether something violates the securities act and securities exchange act. The problem with this test is that it was created long before the concept of digital money, leading to an outdated definition of securities when considering things like cryptocurrencies and smart contracts.

In light of the Securities and Exchange Commission (SEC) taking action against initial coin offerings for violating securities laws, Heart precisely formulated the disclaimer to present every semantic argument for why HEX isn’t a security while absolving him of any accountability. Meanwhile, parts that are meant to assure users are intentionally vague to obfuscate from what is really happening.

There is much more to HEX than meets the eye. It seems like an ordinary ERC-20 token with a staking mechanism that awards users with more inflation the longer they hold, but what Richard Heart is selling is beyond that. Buying HEX means buying a narrative where Richard Heart is the most compassionate person in cryptocurrency—a benefactor who created HEX to help others be as wealthy and as smart as him.

What happens to HEX once it is staked? 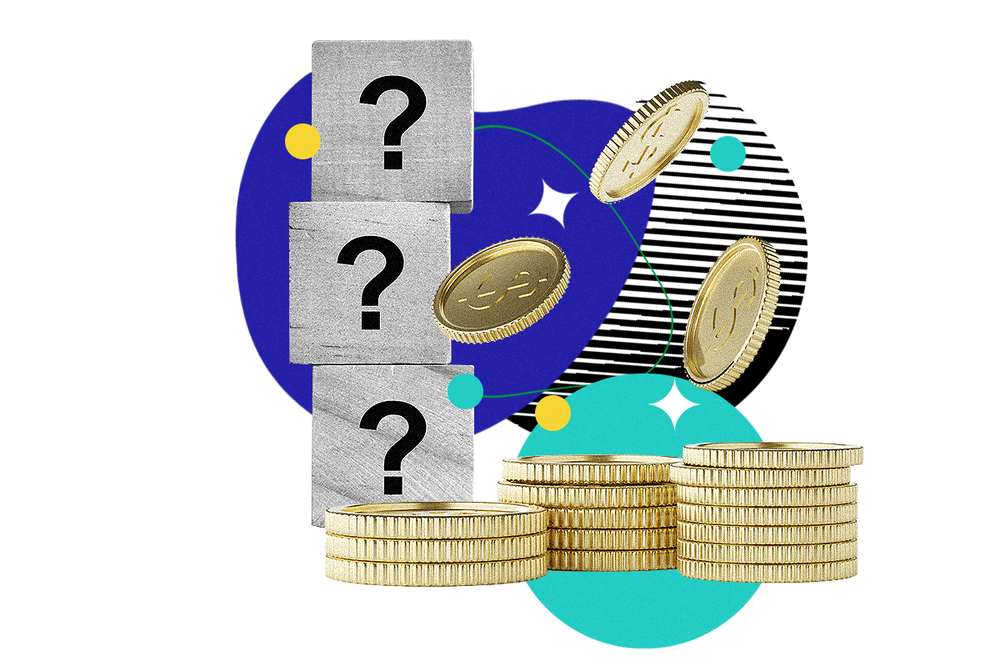 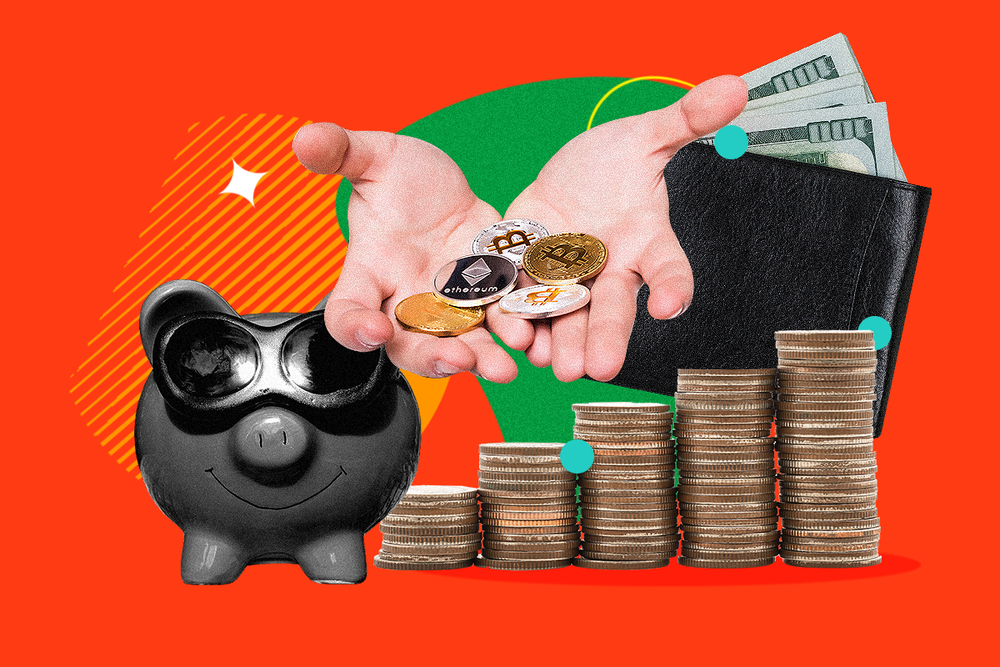 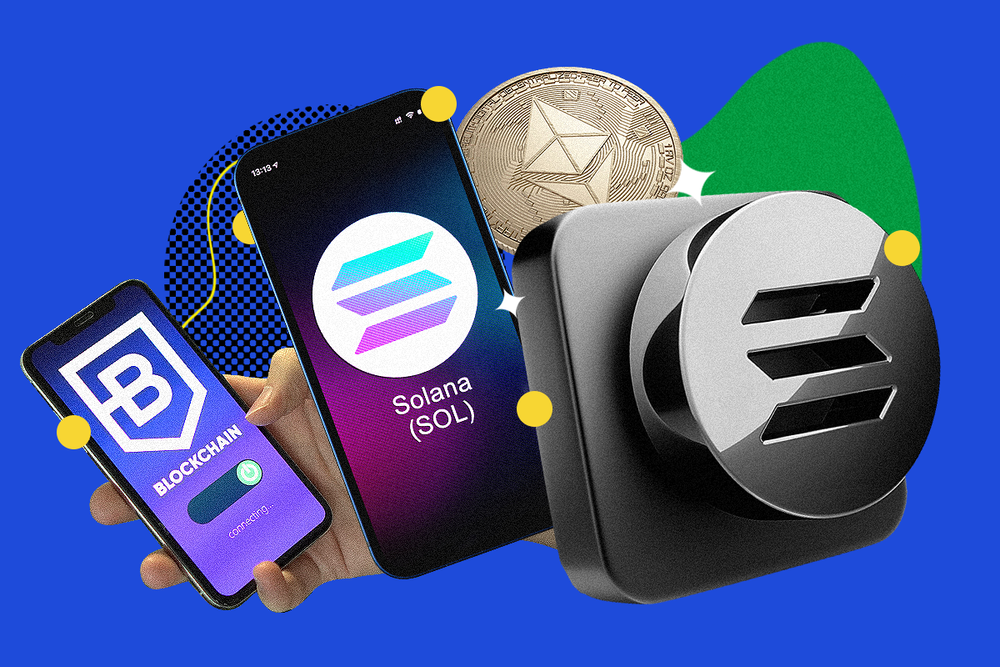