Shoot for the Moon: Is Polkadot a Good Investment in 2022? 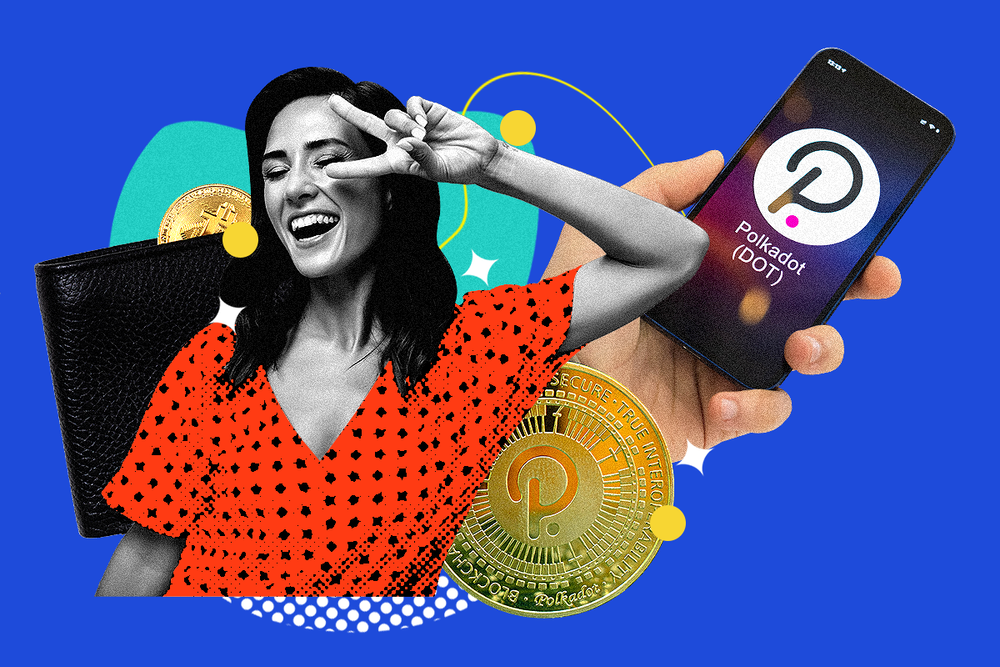 Polkadot is the newest kid on the block. But can it reach the top 2 spot?

If you were to ask crypto enthusiasts what Polkadot is, they’d tell you it’s a "multichain" or a "blockchain of blockchains."

Now if those definitions sound like word salad to you, don’t worry. We’re going to break down the entire concept of Polkadot and build it back up, block by block. More importantly, we’re going to explore whether Polkadot is a good investment in 2022, so we can fill our moon bags while it’s selling at a discount. Let’s blast off.

Unlike Dogecoin, Polkadot is a project with real utility. So to understand Polkadot, we need to understand the problem it was created to solve in the first place: the blockchain trilemma.

At this point, you probably already know that a blockchain is an online database whose records are not controlled by a single entity. Instead, the network is secured by a group of peers spread across the globe.

The purpose of blockchain technology is to enable users to perform transactions without a trusted authority, like a bank or government. This is particularly useful to citizens in countries with high levels of inflation, political corruption, and remittance costs. Think: Venezuela, Zimbabwe, Argentina, Sudan.

So while the benefits are undeniable, developers are still trying to figure out how to solve the blockchain trilemma. This refers to the three main trade-offs all blockchains face on the path to adoption:

Given the growing popularity of Web3 and the Metaverse, one bonus feature people are paying more attention to is interoperability. With thousands of blockchains out there, each serving some specific purpose, users want to be able to transfer information and assets between these projects. Think of it like SWIFT, the global system for transferring information between financial institutions. So with interoperability, users can make use of multiple blockchains instead of being locked into one.

Now let’s look at a few examples of how popular blockchains sacrifice some of these essential features. Tether is the #1 stablecoin on the market today. But one of the problems with Tether (and there are many) is that its entire supply is controlled by a single company: Bitfinex. Not very decentralized.

The main complaint against Ethereum, on the other hand, is its high transaction costs ($51 on average). The reason being that its fees rise based on demand. Like in 2017 when the CryptoKitties project clogged up 25% of the Ethereum network, causing transactions to slow down and fees to skyrocket.

So how are we supposed to solve the blockchain trilemma? Here comes Gavin Wood to the rescue.

Gavin Wood is co-founder and former CTO of Ethereum. His most notable contribution there was creating Solidity, the programming language for Ethereum smart contracts. He ultimately left Ethereum, though, to create Polkadot as his answer to the blockchain trilemma.

Connecting the dots on how Polkadot works

To understand a blockchain project, you need to look at two things:

Polkadot is first and foremost built for interoperability. To that end, the system consists of three separate blockchains: the Relay Chain, Parachains, and Bridges. Now that’s a doozy.

Parachains are the specialized blockchains that anyone can create on top of Polkadot’s infrastructure. The Relay Chain, on the other hand, is Polkadot’s main blockchain, which is responsible for securing network transactions and making sure that the Parachains can talk to each other. Lastly, Bridges allow external blockchains like Ethereum and Bitcoin to connect with Polkadot.

Polkadot uses a system called Nominated Proof of Stake (NPoS) to secure the network. While the exact workings of NPoS are beyond the scope of this article, here’s a brief overview of the tasks that community members perform to keep the network secure:

Why would anyone bother to do all of this work to keep a blockchain secure? It’s simple: when transactions are successfully executed, users are rewarded with DOT tokens (up to 12% annual interest). But on the flip side, unsuccessful transactions also lead to users losing their DOT tokens. This way, it’s in everyone’s best interest to behave honestly.

Governance is all about how community members can influence the future direction of a project. Polkadot’s governance is split into three classes of users:

Now based on this high-level overview, should you buy Polkadot? Well, that depends on its growth potential.

Since Polkadot has the lofty goal of becoming the blockchain of blockchains, we can only guesstimate its potential by comparing it to its closest competitor: Ethereum.

While there are way more projects currently built on Ethereum (3,000+), they all suffer from Ethereum’s lack of scalability. But Polkadot developers can build their own blockchain projects (Parachains) without worrying about the blockchain trilemma, since they’re benefiting from the security, interoperability and scalability of the Relay Chain.

And to make things even simpler, Parachains can be developed with drag-and-drop templates in a matter of hours. I imagine this alone will attract a larger developer base over time. Sources say that 300+ Parachains have already been launched.

The fact that Polkadot prioritizes interoperability with external networks means that it will likely play a greater role in Web3 and the Metaverse. Not to mention, Polkadot has developed Bridges that allow users to transport their ETH assets over to the DOT ecosystem.

While Ethereum Gas fees spike based on demand, it’s possible to send zero-cost transactions in Polkadot.

Ethereum runs on Proof of Work (PoW), which is an environmentally unfriendly way of securing blockchain transactions. Ethereum does plan to fully transition away from PoW in the future, but Polkadot is already running on a more energy-efficient alternative called Proof of Stake.

Is Polkadot (DOT) a good investment?

Now it is worth mentioning that Ethereum plans to resolve some of its weaknesses (e.g. high gas fees) with a major update called Ethereum 2.0. The exact release date of this update, however, is yet to be determined. So, there are two ways to justify adding DOT to your crypto portfolio.

Will the price of Polkadot 100X?

You believe that DOT will outperform or even dethrone ETH. In the latter case, DOT would be worth $428.21. Not quite 100x, but a 16x ROI is nothing to sneeze at.

Where to buy & store Polkadot

As a top 10 cryptocurrency, DOT is listed on just about every major crypto exchange out there, including:

Now if you don’t mind keeping your crypto on an exchange to earn some yield, then one particularly attractive spot to cop some DOT is Nexo. While most exchanges offer 12% staking rewards for DOT, Nexo pays out as much as 15% APR daily. 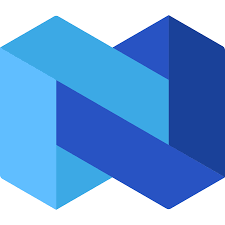 But if you’d rather move your DOT to a crypto wallet, here are a few popular options.

Polkadot {js} is a browser-based wallet developed by Parity, the company behind Polkadot.

This is a wild one y’all. It’s an app you can download to transform your old smartphone into a hardware wallet, much like Ledger. Parity does this by restoring your old smartphone to factory settings and removing Bluetooth and WiFi connections. You then connect the device to Polkadot with an in-app QR code and boom... you’re the Mr. Robot of crypto.

Can DOT race to the top 2 spot?

If Polkadot were to flip Ethereum, then the price of DOT would increase 16x. Is that amount of growth realistic in the next 1-3 years? 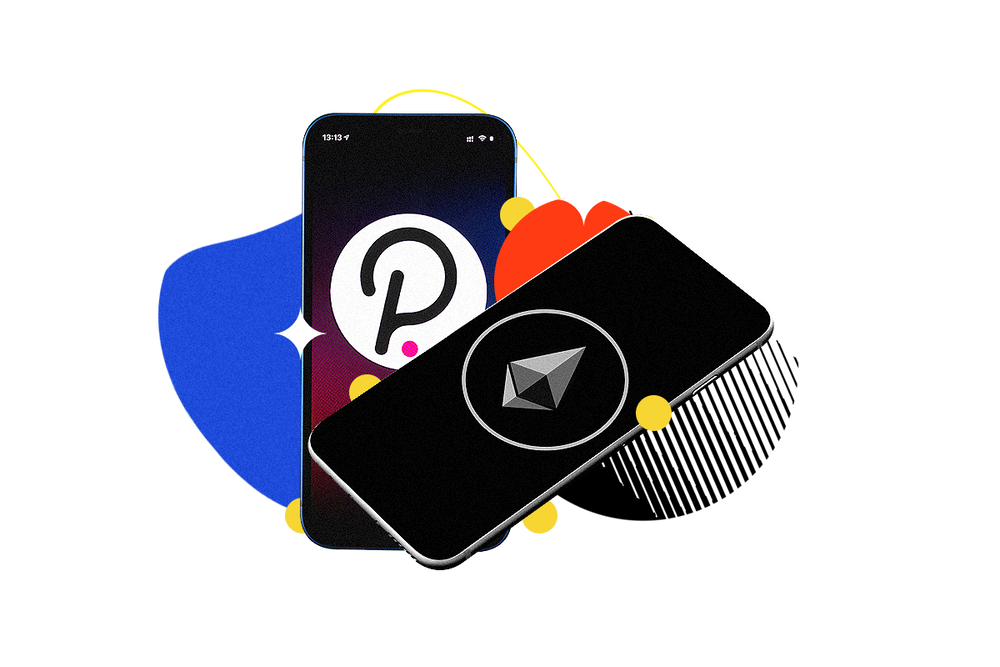 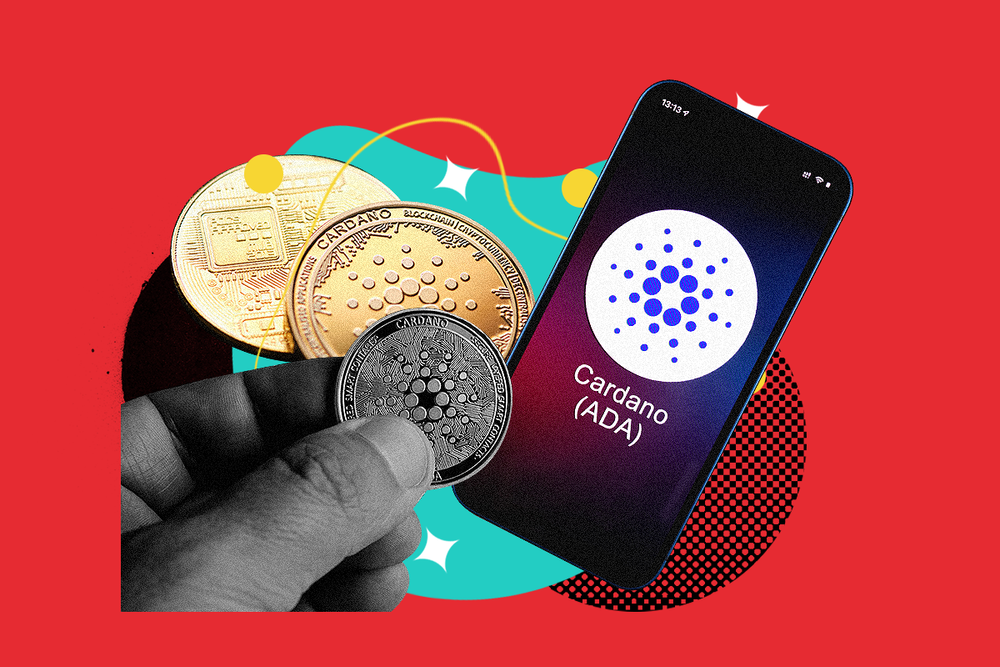 The Complete Beginner’s Guide to Cardano: Is it a Good Investment? 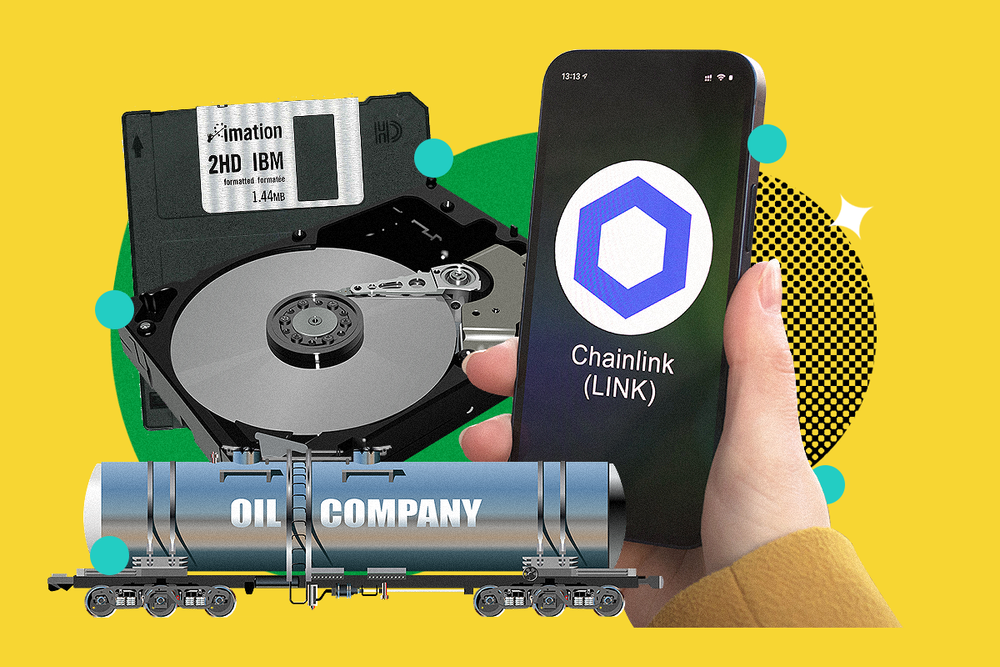 Is Chainlink a Good Investment in 2022? What the Data Is Telling Us

If data is the new oil, then Chainlink is the Standard Oil of the cryptocurrency market.